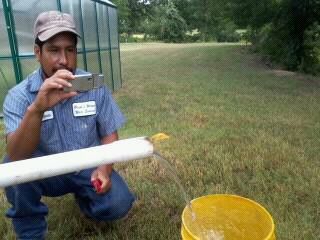 “Because Cox’s blog post addressed a matter of public concern, even assuming that Gertz is limited to such speech, the district court should have instructed the jury that it could not find Cox liable for defamation unless it found that she acted negligently,” judge Andrew D. Hurwitz wrote. “We hold that liability for a defamatory blog post involving a matter of public concern cannot be imposed without proof of fault and actual damages.”
COURT: BLOGGERS HAVE FIRST AMENDMENT PROTECTIONS
By JEFF BARNARD
Jan. 17, 2014

The Reporters Committee for the Freedom of the Press mentioned in the article contacted me and said they will defend me if Range’s Mr. Subpoena comes after me again. I’m not worried about that at all because he has been pretty busy trying to deflect all the bad press lately.

The most ridiculous defamation case ever.

I wonder if Range will be dropping their ridiculous defamation suit against Steve Lipsky now. After telling Steve that Range contaminated his water, the EPA did a retreat leaving the bullies an opportunity to file their silly defamation suit.

The Court of Appeals sent the case back for abatement but they let some of the allegations stand. In December the Inspector General report exonerated Steve Lipsky of any wrongdoing. Let’s take a look at the Range allegations one by one.

Allegation: The Lipskys sent out a video showing a lit garden hose connected to a gas vent.

Here’s the video. It is narrated by Steve who makes it clear that he is lighting the gas vent and not his water.

The video was edited by WFAA to remove the narration and only show a short clip. The WFAA video was shown in court not the entire video with the narration.

The craziest part of this allegation is that the EPA, the Texas Railroad Commission and Range Resources all used the same hose shown in the video to take samples of the gas coming from the wellhead vent. Range knew the hose was hooked up to the gas vent. Their attorney knew that too. I’m pretty sure the American Bar Association would find that unethical.

Truth: The Lipskys did send out a video that shows the entire well, including a hose attached to the water well headspace. Lipsky explained everything in the video. Lipsky was not the one to edit the video. There were additional videos that were made but were only given to people who had seen the well and were aware of the mechanics and set up of the vent.

Truth: The horizontal wellbore does go under the water well regardless of how deep it is.

Truth: The well will temporarily pump water but then purges due to gas locking. If the pump is not turned off it will burn out the pump motor.

Allegation: Steve said the Lipskys had found unnatural detergents in the water.

It is well known that industrial detergents are used in fracking fluid to make the fluids slippery.

Truth: Detergents were found in testing by Wolf Eagle.

Allegation: Steve said the Lipskys could not live in their home.

What would you do if the EPA said you were in eminent danger of blowing up? Maybe you would take your children and go live with relatives until–if you could afford it–you get the system set up to have water delivered.

Truth: Lipskys had to disconnect the water from their home and stay with family until they could get the home set up to have city water trucked in.

Allegation: Lipsky stated Range would own his home.

Truth: After the EPA informed the Lipskys that their water was contaminated due to gas drilling by Range. Lipsky responded to a question about what he would do that the gas company could have his home.

Allegation: Steve said Range was politically powerful and had prevailed with the Railroad Commission through corruption.

If this is grounds for a lawsuit, there are thousands of Texans out there who should be sued. The RRC is totally corrupt and Range is politically powerful. There, I said it.

Truth: Lipsky was under the impression that it was common knowledge that the TRC worked for the industry. This was confirmed by the Sunset Advisory Commission.

Allegation: Steve said the Lipskys could literally light their water on fire and the water was unsafe to drink.

This picture was taken in 2010 by a Peck’s water well employee and was submitted as court evidence. Range Resources has known all along that Lipsly’s water would light on fire.

Range sent letters to all the area homeowners saying their water is safe. I think those letters will bite them in the ass some day soon.

Range treated me like a criminal too. There, I said it.

Range’s spokesman, Matt Pitzarella, who has since been disgraced for “deliberately falsifying” educational experience, said Steve Lipsky “deliberately falsified”  the video you see above. Range did not just treat them like criminals, they accused them of fraud and fraud is a criime.

Truth: Lipsky was deposed for hours. Range insinuated that the Lipskys created this problem to save money on their taxes therefore committing tax fraud.