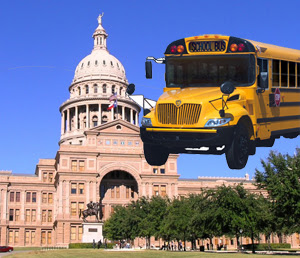 Let’s shake Austin until it protects us from fracking EARTHQUAKES

Join us on our bus from Azle to Austin on Jan. 21

Have you felt or heard about the earthquakes in North Texas?

But taxpayers, not the fracking industry, are the ones that have to pay to fix it.

And that’s not right.

After a full house meeting in Azle, Texas, we’re taking our concerns about fracking induced earthquakes to the Texas Railroad Commission and our elected officials in Austin.

Get on the bus! Join me in Austin to make our voices heard.

If the ground is shaking in North Texas, we need to make sure it’s shaking harder in Austin!

On the bus there will be members of the press listening to people’s stories as well as a teach-in and strategy session.
Our first stop is a Railroad Commission meeting in Austin where we will all have the opportunity to speak about the earthquakes caused by fracking in North Texas.

After we speak at the Railroad Commission we will head to the capitol to meet with our elected officials and demand meaningful action to protect our homes and communities.