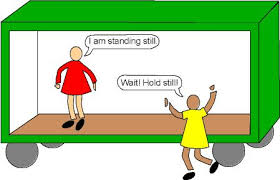 I am still trying to process what I saw and heard last night at Denton’s City Council meeting (minutes and video). The gory details are summed up in the Denton Record Chronicle.

I’m going to sum up the meeting from the senses.

All women have a perception much more developed than men. So all women somehow, being repressed for so many millennia, they ended up by developing this sixth sense and contemplation and love. And this is something that we have a hard time to accept as part of our society.
Paulo Coelho

About eight Denton residents gave citizen reports focused on drilling and impacts in Denton, particularly as  they relate to the EagleRidge activities in the Vintage Neighborhood. I took video of most of the reports but the volume is a little low. Looking through the camera gave me a close up of the expressions on council members as they listened to the residents. The expressions ranged from disinterest to boredom. I had to check that by holding the camera as still as possible and viewing the council outside the lens. Nothing changed. After the meeting, I checked my perception and found I was not alone.

After the citizen reports ended I walked out because I knew the industry was gathered in the lobby watching the reports on the TV. I wanted to speak with Mark Grawe, Chief Operating Officer at EagleRidge Energy. Since he has inside knowledge about who is on the Homeland Security Watch List, I thought I would ask if it includes my name. But the industry had already cleared out.

As I stood in the lobby watching the council on the TV, I saw them laughing and joking. Right after hearing from mothers, fathers, teachers, professors and a pregnant mother about the health impacts they have experienced so far and their fears about what was ahead, the council seem unaffected. Later in the meeting, they show concern over impacts from a train in another neighborhood.

My brain is still trying to process what I saw. This morning, lying in bed and sipping my coffee while reading email, I think I figured it out.

“Accustom yourself not to be disregarding of what someone else has to say: as far as possible enter into the mind of the speaker.”
― Marcus Aurelius, Meditations

As far as I can tell, no one on council lives near an oil or gas well. I’ve heard some say they grew up near wells or their granddaddy or… But shale oil & gas wells are nothing like the wells of the past.

My first son was delivered via C-section. I remember my mother’s impatience with my recovery only a week after surgery. Years later, when she experience her own major surgery, she apologized. It was the first and only time she ever apologized for anything.

Direct experience has a way of informing your frame of reference. Unless the council members–every one of them–spends some time inhaling vapors, getting a headache and experiencing the fear from heart palpitations, it’s likely that they will continue as one speaker put it. “being confused. Or too scared to enforce the ordinance.”

Abstract: “Exploiting both the inter-temporal and cross-sectional variance in the presence of oil and gas extraction in Colorado, I find that proximity to wells reduces birth weight and gestation length on average and increases the prevalence of low birth weight and premature birth.”