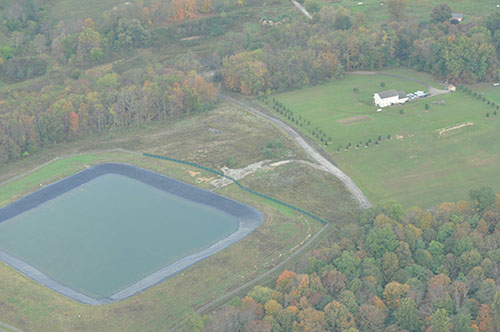 Bob Donnan shared in a comment that he has filed an ethics complaint against Associate Press reporter Kevin Begos. I knew this complaint was coming and I know what the complaint is about but those details are for Donnan to share if he chooses. I will say that it’s not a complaint about unfair treatment in Begos’ story. The complaint is about something far more sneaky and underhanded than making stuff up in a news story. I hope this will all come to light because unsuspecting people need to know the links to which Begos’ making stuff up goes.

Saturday, Donnan was up before dawn. He used some of the money from his royalties to rent a plane from which he took fabulous aerial photos of damage from fracking the Marcellus. He visited the old Hallowich home, which appears to be a man camp now. Counting the vehicles parked in the drive I get 6, maybe 7.

Today Begos tweeted out this article written by a member of his echo chamber. So I tweeted to him the handy, dandy guide to ethics from the Society of Professional Journalists.

In his comment, Donnan also shared a link to a damn good editorial about all three of the people Begos slandered: The slippery business of fracking

“I support a moratorium and a ban,” writes Roter on the BESQ website. “But best technology and strict well-enforced regulations are what we need now as our air impacted 24/7. We live in the sacrifice zone… the poster children… and no one is saving us.”