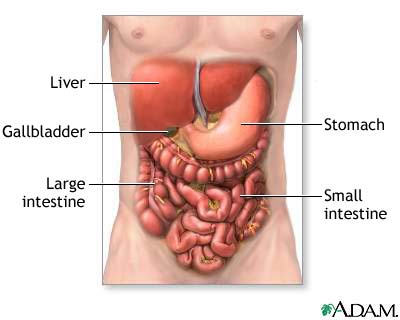 Is fracking air pollution giving you gas? You’re not alone.

We have a long list of anecdotal stories about how fracking air pollution effects the guts of those who live in sacrifice zones. Now there are some studies that substantiate these stories.

Air pollution and the gut: Are fine particles linked to bowel disease?
A small but growing number of studies now suggest that air pollutants may play a role in diseases of the gut.

Also, a study of hospital admissions in Wisconsin found that high air pollution emissions were associated with a 40 percent increase in the rate of bowel disease hospitalizations in 2002. The authors accounted for carbon monoxide, sulfur dioxide, nitrous oxide, volatile organic chemicals and fine particulate matter.

How is your appendicitis?

Another study found a link between smog and appendicitis. High levels of ozone, the main ingredient of smog, were linked to an increased risk of a burst appendix in a study of more than 35,000 people across 12 Canadian cities between 2004 and 2008. Kaplan and colleagues estimated an 11 to 22 percent increased risk of burst appendix with every increase of 16 parts per billion of ozone averaged over the previous seven days.

I met a young mother in Karnes whose 14-year-old daughter had her gall bladder removed but continued to have digestive problems. Further testing revealed lesions throughout her digestive tract. She attributed these health impacts and others to the Marathon facility very near her home.

Sharon Sims-Belvin tells about her young son’s digestive issues. Her family suffers many health impacts they attribute to living near fracking activity and infrastructure.

My family has the misfortune of living on the Barnett Shale (TCEQ list approx. 15,000 active wells with pending permits for thousands more plus thousands more listed as non-active) where industrial frack sites are being woven into our neighborhoods, up against our schools, homes, churches and parks. In some cases, from the padded well wall to a backyard swingset there is little more than 50′. At our city baseball fields a foul ball will bounce off the well wall. Shortly after a padsite was put near our home in heavily populated Arlington, Tx. (we have 60+ pad sites in a 90 mile area that is Arlington) and fracking began, my 4 year old son became very ill. Two years worth of misdiagnosing, blood test, food allergy tests (Blood work, then 21 pin pricks to the back, wearing 22 allergy test tabs taped down his little back for the 1st 2 weeks of 2nd grade) endoscopy/colonoscopy-4 times, more blood work, eliminating egg, milk, wheat, soy, nuts, tree nuts, fish and shell fish from his diet and more blood work, the Specialists we had exhausted told me I would probably never know the source of his illness. They gave it a name….Idiopathic Eosinophilic Esophagitis/Colitis. My baby had spent years in agonizing pain very time he ate or had to use the potty and most of time in between. His esophagus had such extreme swelling and damge that he often choked on even small amounts of food. I went to lunch every day I possibly could because I was terrified that he would choke at school. He had open ulcers and sores for the entire length and in every section of his esophagus and in his colon. I would sit on the floor outside the bathroom and cry while my child begged God for help and heard him say many times “Calling all Angels, calling all Angels!” as tears ran down his face. Since all the food allergy tests revealed nothing, not the slightest reaction, they told me it was most likely environmentally related. It took an oral steriod inhaler -4 x a day, 4 x the adult dose of Rx Prevacid everyday, watching everything he ate, countless bottles of Tums and Mylanta, limiting outdoor activities (especially when there was fracking at the site near our home), drinking only bottled water, and another few years (still in horrific pain) to get him well……..

The spring of 2011 was my 8th year working at our family owned Flower Shop. I had the incredible fortune of being able to work and raise my kids there. That spring the frackers tore down a beautiful building 1/2 block to the south and up hill from the flower shop that used to be the headquarters for a Christian Broadcast.(surrounding this block are lg. apartment complexs on 3 sides and a retirement center on the 4th side…literally less than 40′ away, just across the street!) The huge trees on that block were the first things that died. In July fracking began. In August there was 3-4′ of “water” rushing down the hill one day. We contacted the city…they said it was a “clean water” main break, but the water was the color of a paper bag. We have black soil in that area and clean water from city pipes certainly shouldn’t be that color! My sister and I knew it had to do with the fracking going on up the hill, but no one seemed to be interested, not the City, TCEQ, the media, the neighborhood. Sept. brought the kids starting school. I was so glad that my son was doing better. He was down to just Mylanta at school. October I started feeling really tired. November and December I had a bad tooth ache, then a terrible cold. Mid December I went to the Dr. with what I thought was a spider bite on my leg that was digressing rapidly. He told me it was a staph infection….the really, really bad kind. What?!! How?!! I go to the flower shop, volunteer alot at my kids school, the grocery store and home! Where could I have picked up a super bad staph infection?! He told me that it’s in the air and I could have gotten it anywhere…..but “why” was the question? Throughout Dec. I completely lost my appetite…all the Christmas food! Ugh, it just made me feel sick! Called my Dr. back, he did a simple CBC and called me on New Years Eve…..I knew it was bad. Dr.’s never call you directly, especially on New Years Eve! He asked “What chemicals have you recently, in the past 3-6 months, been exposed to?” None, I said! “What has changed for you in the past 3-6 months?” Nothing, I said. “I believe you have the early stages of Leukemia.”……Silence….My weakened immune system had made me susceptible to the tooth infection, the bad cold and the staph. Not only was it Leukemia but it was the most agressive, fast moving type….AML. “My kids…..my beautiful baby girl…she’s in first grade and her sweet brother is in 3rd!!! I can’t have AML! I’m young and in the past 12 years the only thing that’s happened to me was a tooth ache and a cold! I simply don’t have time for this…..I mean…What?!!!” I counted back 3-6 months……..that would mean summer-fall……nothing changed in that time….oh..oh, no! NO! The fracking started in July and went on for several months……’til when…. Oct maybe? Benzene is the leading cause of AML come to find out. Here’s the tricky part ya’ll. Benzene only shows up in your system for 24-72 hrs after exposure. The IEE and the AML show up months later. That’s how the frackers get away with what they’re doing. I absolutley KNOW that the fracking made my son ill and I KNOW without a shadow of a doubt that it’s what caused my AML (AML is usually diagnosed in older men 65-75 yrs. old who have spent a lifetime in a factory environment exposed to voc’s like benzene, not in happy, healthy, energetic, young Moms). By the grace of God, I had 2 siblings that were an exact 100% stem cell match, had a transplant at MDA (after 2 different rounds of hard core chemo to wipe out the AML) and am now at home thankful God spared my life. It has been overwhelming difficult but I am determined to live, to see my children grown, to let everyone I can know my story. God was with me the entire time and I promised him that I would warn everyone, anyone that would listen. I have friends and family that work within the fracking industry. Some of them have confirmed things that I suspected. Do your own research, ask your own questions. Just please be aware, please do not believe them (the frackers) when they say it’s safe. Find out for yourself and post, talk, write about the things you learn.

Scannng the List of the Harmed, reveals how often people who live in the fracking sacrifice zone complain of digestive issues.

A quick look at the most common VOCs found near oil and gas extraction, the BTEX chemicals, shows the symptoms are consistent with what people are experiencing. 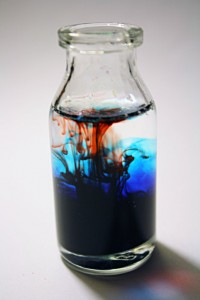 Now imagine mixing all these together in your body all at once. It’s called co-exposure, and it doubles your risk of cancer even when the chemicals are at “safe” levels.

In Argyle, a mixture of 65 chemicals was detected 1/2 mile from the offending facility on the lot where the high school band practices.