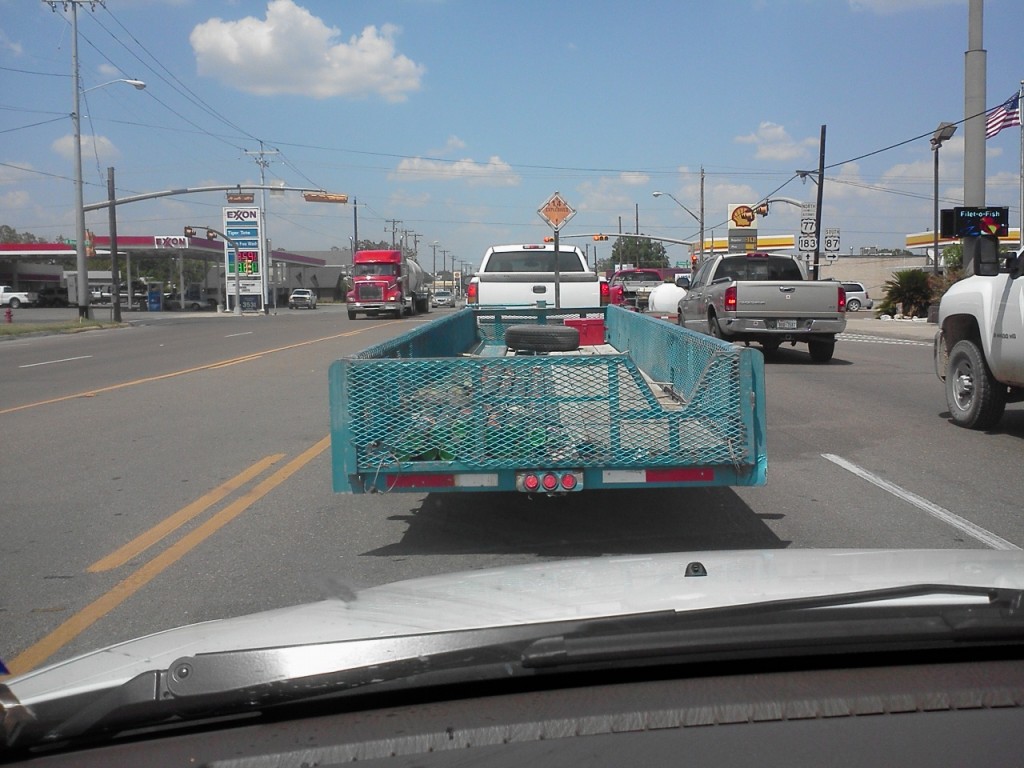 As Fish Creek Monitor reminded us, fracking, It’s a Blast.

Did you think those perforations that blow holes in the casing to allow the fracking fluid into the formation just happen by themselves? They either load the perf guns full of explosives at the site, or they haul loaded perf guns through our streets to the drill site. Either way, it’s another example of why fracking is not clean, not safe and it’s not the answer.

In the photo below, it appears that loaded perf guns–explosive–are being hauled through the streets of this town. 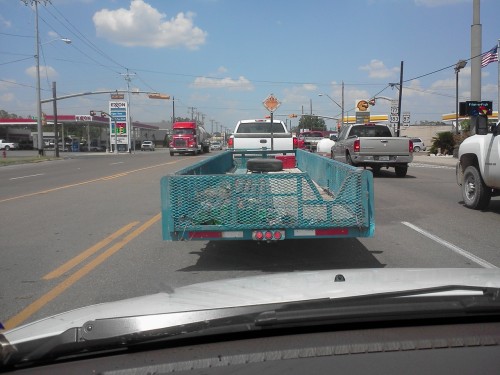 You will need to view a larger version of the photo HERE to see the “Explosives” sign.  It appears the trailer is loaded with pipe and that pipe is explosive. I’m going to take a wild guess that those pipes are loaded perf guns and  they are hauling those loaded perf guns though the streets of our towns and neighborhoods. We know that hugh quantities of explosives are stored in drilling areas.  You can see a video of the perf process at Fish Creek Monitor.

This from the citizen who took the photo:

Explosives on the same streets with our families and school buses.