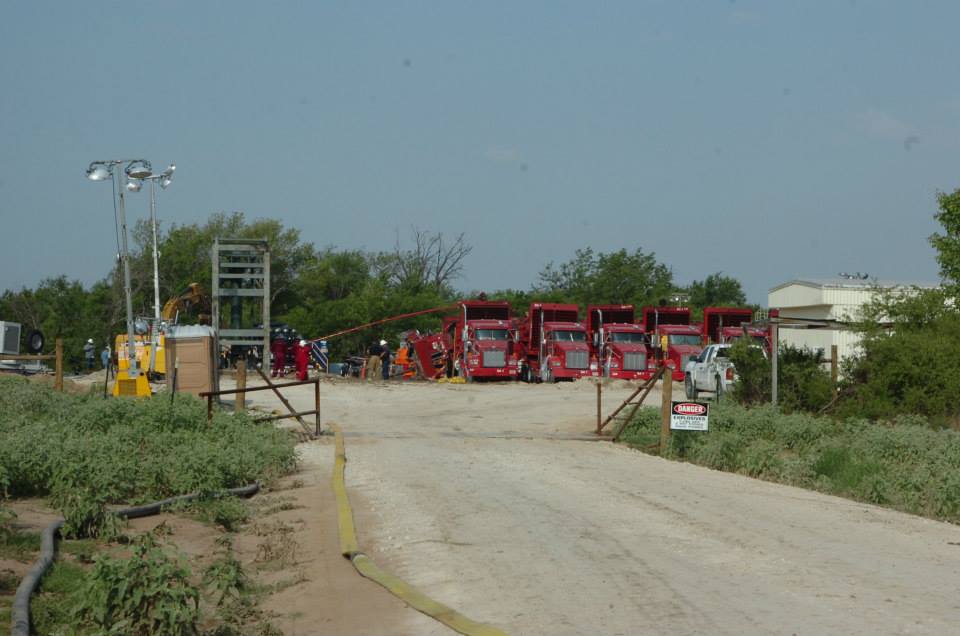 This is yet another one of those “rare” fracking accidents. There were others today but I can’t keep up. The well is located about 1/2 mile off of South U.S. Highway 287 on SECR 3100.

NOTE: “There was no fire and no natural gas is leaking above ground from the well, he said.”

All hell has broken loose underground. I said.

Corsicana — Repair crews and first responders are still on the scene of a casing collapse in a fracking well on SECR 3100 south of Corsicana.

The casing collapse was reported to local authorities about 6 a.m. Thursday. Fracking fluid is reported to be leaking at a rate of 3 to 4 gallons per minute from the well. A crew from Houston has been dispatched to attempt to cap the well, operated by Obrien Energy.

Eric Meyers, Navarro County emergency management coordinator, said several fire departments are on scene to provide assistance to crews working the incident. He said they are assessing an area around the well site in the event any evacuation is ordered.

Representatives from the Texas Railroad Commission are on the scene, as is Navarro County Pct. 2 Commissioner Dick Martin.

More photos from the scene are available on the Daily Sun’s Facebook page. 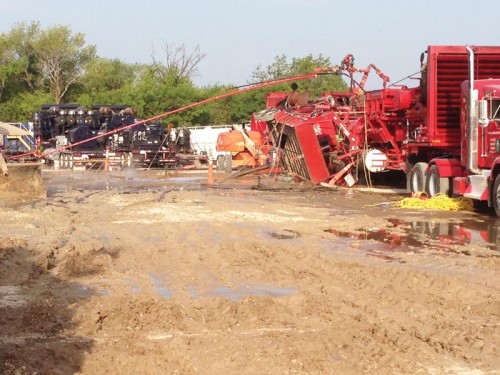 Photo courtesy Navarro County OEM A look at the collapsed fracking well on SECR 3100, reported to be leaking about 3 to 4 gallons of fluid per minute. An emergency response crew from Houston is en route to try to cap the well – See more at: http://corsicanadailysun.com/local/x541281999/Well-collapse-on-SECR-3100-draws-emergency-responders#sthash.cAEhNvj5.dpuf 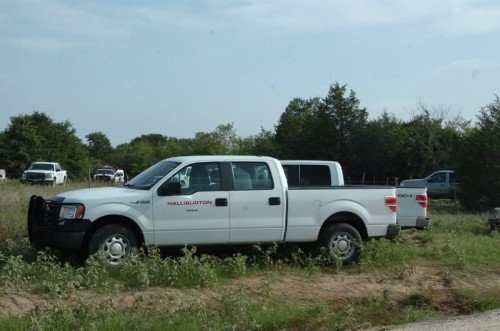 Today Halliburton admitted destroying evidence in the BP spill that killed the Gulf of Mexico, the DOJ announced they are under investigation for price fixing and they had a well collapse in Corsicana. No tell what else happened.

UPDATE: Too bad this is not baseball.

This is just want I know about from yesterday; I’m sure there’s more: