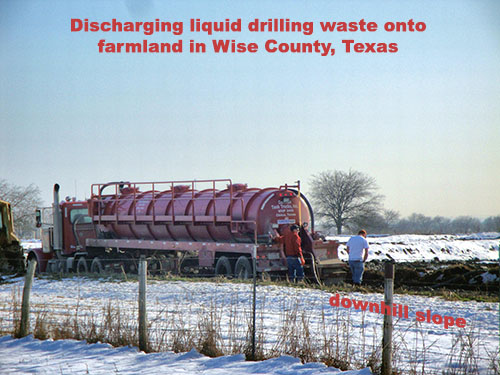 The news this week about livestock drinking drilling waste has the “Internets” in an uproar but it’s an everyday event in Texas.

When drilling waste is dumped–legally or illegally–on our farmland, into our rivers and into our air, it’s common sense that it will end up in our food chain.

Dr. E. Murl Baily, Jr., senior veterinary toxicologist at Texas A&M University, wrote a letter of concern to the mayor of Westworth Village concluding that the compounds were problematic to animals and human health as they move up the food chain in milk and meat. Flowback: HOW THE TEXAS NATURAL GAS BOOM AFFECTS HEALTH AND SAFETY

Drilling waste is in our food and the food our food eats.

A Texas A&M paper about land application of drilling fluids, warns landowners about damages from the current shale boom:

disturbance caused by construction of drilling locations, oilfield roads, and installation of pipelines can result in reduced crop production, increased susceptibility of the damaged sites to erosion, and increases in noxious and poisonous plant densities.

…can accumulate in plant tissue (without harm to the plant) to levels which are harmful or toxic to animals and/or humans.

The paper has many recommendations, one of which is thoroughly testing the drilling fluids before land application. Currently the industry does it’s own testing and asks landowner to “just trust us.” I recommend not applying drilling waste to land but, if you must, do baseline testing of soil, water and air and have a lawyer look over the contract.

The news this week that EPA allows livestock to consume drilling waste should not come as a shock to anyone who has been paying attention.

“Under the less than watchful eye of the EPA, fracking flowback is dumped into rivers, lakes and reservoirs,” stated PEER Executive Director Jeff Ruch, pointing out that in both the current and the new proposed permits the EPA ignores its own rules requiring that it list “the type and quantity of wastes, fluids or pollutants which are proposed to be or are being treated, stored, disposed of, injected, emitted or discharged.”

I guess the shock is learning that the EPA is ignoring it’s rules. Again.

If you want a strong EPA that enforces strong rules, then you have to stand behind them and stand up to the GOP’s oppression. We’ve heard the House Science Committee has yet another “Beat up the EPA and defend Range Resources” grandstand session planned for the 24th of this month.

Otherwise, you can have a Texas black angus beef burger raised on drilling waste with a salad of arsenic arugula.

Industry knows the waste if their biggest issue. From the fracking psyops conference:

Fracking is a farce we need to take care of waste water and we need to report chemicals. Brad Miller – General Manager of Regulatory Affairs, Anadarko Petroleum 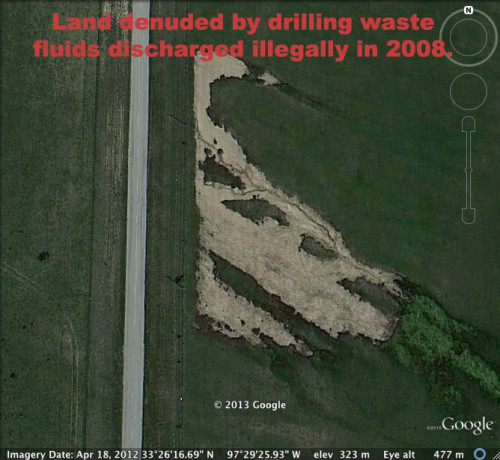 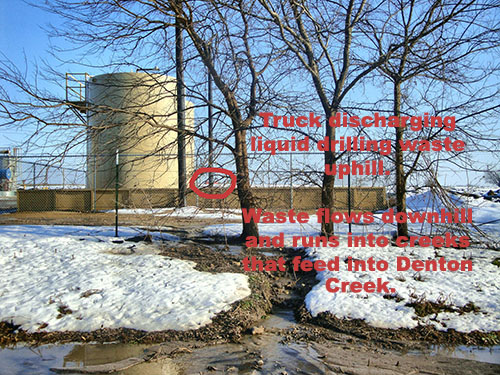 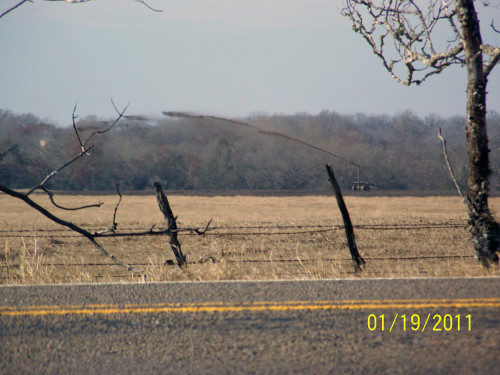 Fracking shale for oil or gas creates massive amounts of toxic, radioactive waste. It has to go someplace.