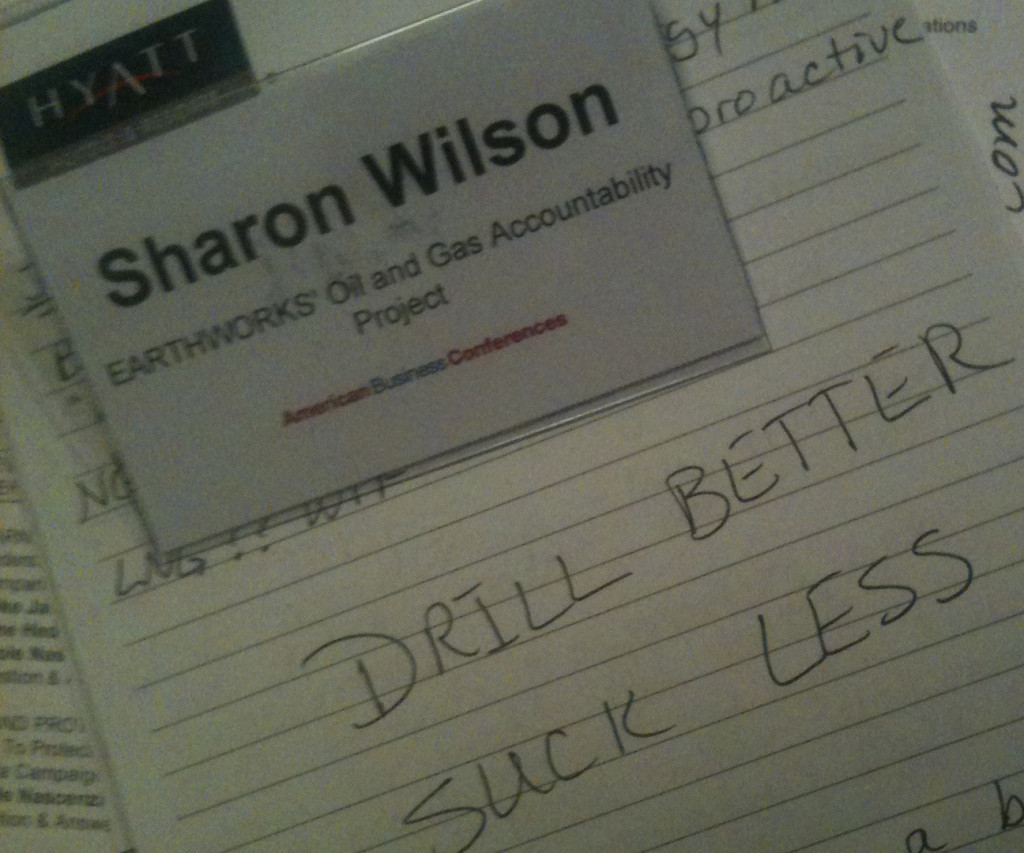 Today, Josh Fox was on the Diane Rhem show with Energy In Depth’s Steve Everely aka fracking’s Joe Camel. Everley continues to claim the quotes from the tapes were taken out of context. They have also claimed I “sneaked” into the conference and that I edited the tapes. I’ve already addressed Everley’s claims in my “Response to an industry caught with their pants down.”

The armed guards at the door would not let anyone in without a name badge and the armed, plain clothes security guards were vigilant. Here is the name badge I wore the entire time and a page from my notes. 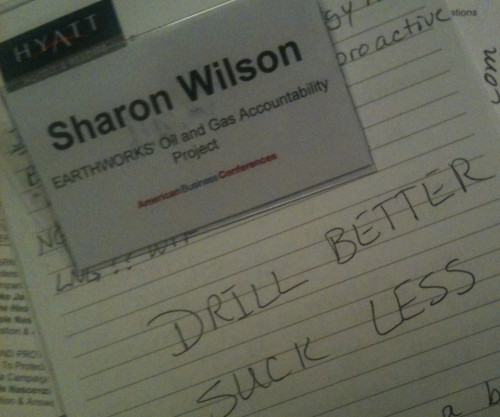 What I want people to know is this:

There were way more shocking revelations at that conference than what has surfaced in the news and on Gasland II.  I have two days of tapes and 26 pages of notes.

Before the industry goes into a new area, they check their database to see where the opposition might come from. They want to know who you are, who your friends are and why…they want to know everything about you. If you know someone in California, if you correspond with someone in Illinois, if you are Facebook friends with someone in Idaho, they put this information in their database. We are all map pens on their fracking insurgent  psyops database map. When they identify where the opposition might come from, they can start trying to divide the community and pit neighbors against any opposition. Are you in the Big Gas Mafia’s PSYOP database?

They are also believers in early inoculations. They start with the most important and influential members of a community–lawmakers, academics and journalists–and work their way down. Fracking season is upon us. Have you been inoculated? They start inoculations in “grade school” with cupcakes and coloring books.

We need to go down to the grade school and high school level because that’s where the opposition groups are.

There are two days of these tapes and I have 26 pages of notes.

Update: Are we at war?  Are fracking communities next?

Will treating citizens as enemy combatants and hiring armed guards be the new normal?