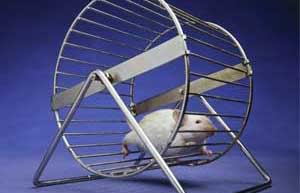 Harvard has released a new study with a hyped up headline about America becoming a No. 1 oil producer due to fracking. But, in order to get that number one designation,  they will need to drill 100,000 more wells in North Dakota and Texas because “Shale oil wells reach peak output almost immediately but quickly decline, so new wells are constantly needed.”

He noted that the Bakken-Three Forks region in North Dakota required 90 new wells per month to maintain production of 770,000 barrels per day

Now where have I heard that before? tap, tap, tap…thinking…

Oh yeah! This pretty lady , Deborah Rogers, has been saying that for several years now. HERE is her report.

?Leonardo Maugeri, a former oil industry executive from Italy”  is the author of the report. He also said only the U.S. is capable of drilling with this “intensity.” And because this type of drilling is so intense they shouldn’t do it in populated areas.

P.S. Let me ass this from the media advisory because I love the wording.

Sustained Shale Oil Production Requires Dramatic Drilling Intensity: No other country in the world has ever experienced even a fraction of the overall U.S. drilling intensity for oil and gas. Shale oil wells exhibit their peak production rates during the first weeks of operation then dramatically decline. Oil companies intensively drill for new wells that offset the loss of production from older wells.