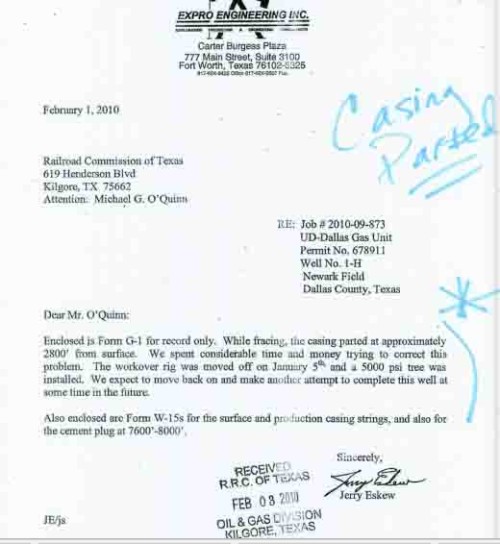 TX Rep. Myra Crownover is vice chair of the energy resources committee and she receives income from the oil & gas industry. I call that a conflict of interest and questionable ethics.

One of the bills she wrote this session, HB 878, has passed the House and Senate and is in the Governor’s office where he will sign it into law.

This bill allows operators to strike a deal with the Railroad Commission to keep their electronic logs of drilling operations confidential or secret for three years. The statute of limitations in Texas is two years.

There was recently a blowout in Denton which is Crownover’s district. This bill is clearly not in the best interest of her constituents.

P.S. If there is no problem with fracking, why the need for all the secrecy?

Update to address questions from industry.