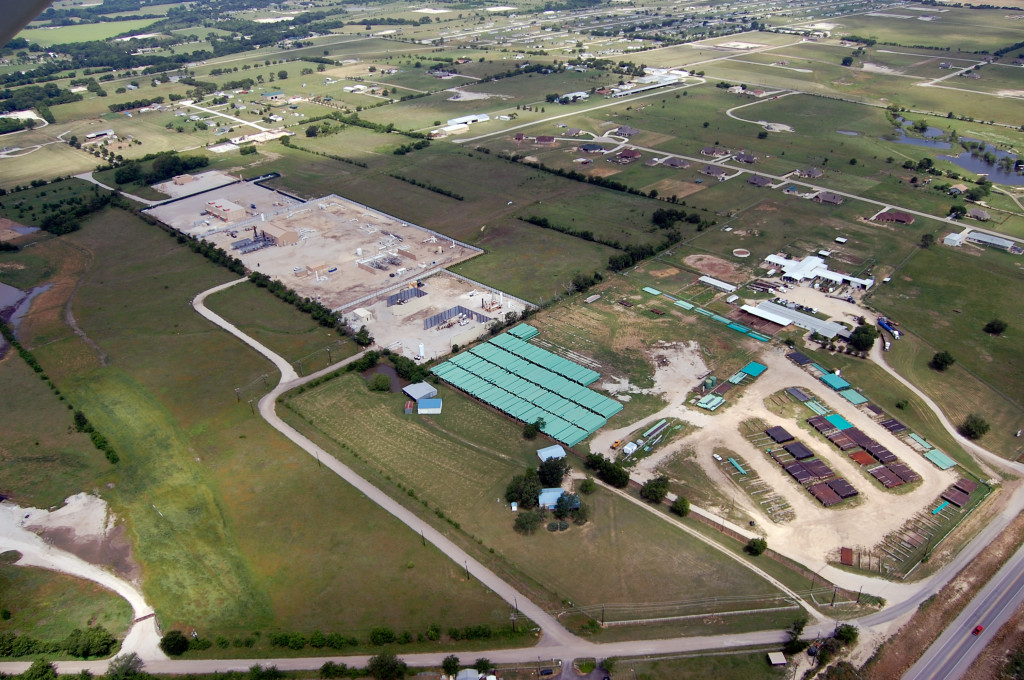 I wanted to make everyone aware of Texas House Bill 2828, which would essentially remove a municipality’s ability to regulate ANY aspect of the natural gas pipeline industry. This would include above ground appurtenances such as compressors and treating equipment. This bill is being labeled as preventing each town from implementing different safety standard on pipelines; however, if you read the bill listed below it clearly states that it will preempt “any ordinance“, “relating to any aspect or phase of the gas pipeline industry“. Furthermore, municipalities have been preempted from implementing safety standards on pipeline companies for decades.

A bank of compressor stations the size of the ones located in DISH, could and would be located wherever the natural gas industry wanted it to be, and there would be nothing that your local government could do to prevent it or even mitigate it. 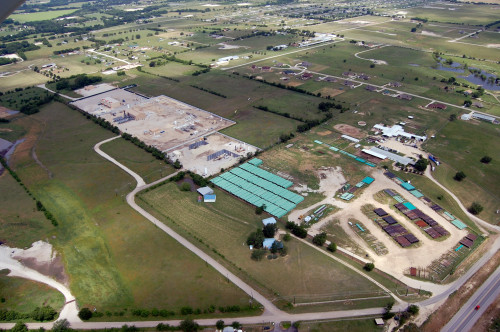 This would also prevent municipalities from enforcing noise or odor ordinances. Therefore, it is critical that we take action immediately. This bill will be voted on in the Energy Resource Committee by Wednesday April 17, 2013; this has to be stopped. Below are the members of this committee, please make as many phone calls as possible, and share this with as many lists as you can. If you live in the Barnett Shale or any other shale play, your life will be permanently altered if you do not take action on this bill.

Below is the original bill and attached is a committee sub that is a little bit better, but is just as bad. Please call each representative listed below, whether you live in their district or not and tell them you oppose House Bill 2828, if they try to explain that this bill only applies to safety standards, simple ask them what do they define as “all municipal ordinances”. I do not reach out very often like this, so I hope you realize the urgency of this situation. Please call the numbers below, and pass this message on to as many people as possible.

A BILL TO BE ENTITLEDAN ACT

relating to the effect of rules and standards adopted by the Railroad Commission of Texas relating to the gas pipeline industry on ordinances, orders or rules adopted by political subdivisions.
BE IT ENACTED BY THE LEGISLATURE OF THE STATE OF TEXAS: SECTION 1. Subchapter D, Chapter 121, Utilities Code is amended by adding Section 121.1515 to read as follows: Section 121.1515 EFFECT ON OTHER LAW. The rules and standards promulgated and adopted by the commission under Section 121.151 preempt and supersede any ordinance, order, or rule adopted by a political subdivision of this state relating to any aspect or phase of the gas pipeline industry. A political subdivision may petition the commission for permission to promulgate more restrictive rules and standards related to conditions for mapping, inventorying, locating or relocating pipelines over, under, along or across a public street, alley or other public property in the boundaries of the municipality.
SECTION 2. This Act takes effect on September 1, 2013.