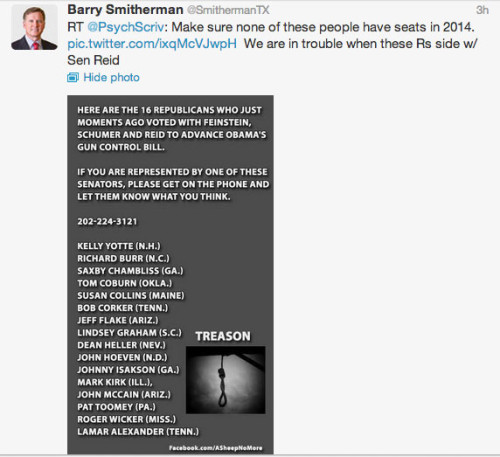 He has gone too far.

Update 2: Today I spoke with Smitherman’s assistant and she confirmed that he was in the office yesterday afternoon so he retweeted this from a state computer.

Maybe Smitherman should pay more attention to his job.

I wonder if there is still justice for all. From the comments: via Texas Tribune on Facebook

A weak apology was issued today.