I’ve been holding back on this for a long time now but it must be said:

I don’t care how many awards Judy Miller has, she is a miserable failure who has irreparably harmed her country with bad journalism and by allowing her own personal beliefs to infect her reportage. Source 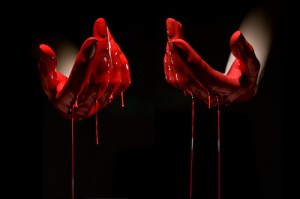 Miller has blood on her hands and so does her editor.

Keller tells Media Matters that he is “not at all” surprised that Miller ended up at the “conservative” Fox News Channel after she left the Times under a cloud of controversy related to her Iraq reporting.

Keller, who announced Thursday that in September he will leave the post he has held since July 2003, said: “Judy was the author of a lot of those stories, and I should have dealt with the stories and with her I think as the sort of first order of business when I took the job rather than waiting until the following year.” Source

Where is Begos’ editor?

Begos was designated as “Energy” writer in one of his recent articles. I have not seen that designation on his writing previously and I wondered if that was his editor’s attempt to make a distinction between science and what Begos writes. That point needs to be crystal clear–Begos is no science writer. But the distinction is not enough.

Will the Associated Press editor for Kevin Begos step up and pay attention? Or will (s)he some day write about his biggest mistake in regards to another American disaster?