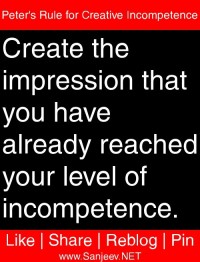 I just got home from Austin where I attended the Sunset Commission hearing on the Texas Railroad Commission. Most of the Sunset Committee members were AWOL when citizens were making comments, which was disappointing. The members who stayed, got an earful.

Here are a few topics addressed:

Taking money from the industry you regulate was a big topic.

Christie Craddick, the newly elected commissioner who received 82% of her campaign money from industry, said they need the money for travel because their travel budget is only $5k.

You can see Smitherman dodge the campaign finance question in this video interview.

One speaker presented research findings that show there is a strong urge for humans to reciprocate when they receive something, even if that something is as simple as a greeting like “good morning.”

Julia Trigg Crawford and several other landowners told stories about intimidation, threats and abuse of eminent domain. Landowners have no leverage for negotiation.

This could be a dumber idea than fracking. It’s complicated and best explained by the experts here, some of whom attended the hearing and made comments.

Only 2% of the 2012 violations resulted in enforcement actions. The fines are so low it’s more economical to break the law than abide by it.  Here is an egregious example of the failure to enforce.

Despite the above, Smitherman said they do not need to hire more staff. 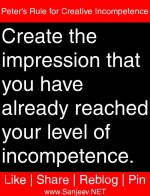 When I got home, I found this in my inbox as proof that The Texas Railroad Commission and commissioner Barry Smitherman in particular is clueless incompetent.

“Thanks to technological advancements like hydraulic fracturing, our state and nation are enjoying an abundance of inexpensive natural gas,” said Chairman Barry Smitherman. “In fact, Texas is experiencing an unprecedented rate of natural gas production at some 7.2 trillion cubic feet a year. This domestic natural resource will make it easier for Texans to use natural gas as a transportation fuel and will help move us closer to energy independence as a nation.”

Ahm, I don’t know what Barry is trying to say here but…  Cars do not run on the natural gas that people use in their homes. Cars run on CNG compressed natural gas or LNG liquified natural gas. Does this mean taxpayers will finance infrastructure to bring CNG/LNG pipelines to our neighborhoods and into our homes?

What an explosive idea!

See additional information in the comments.