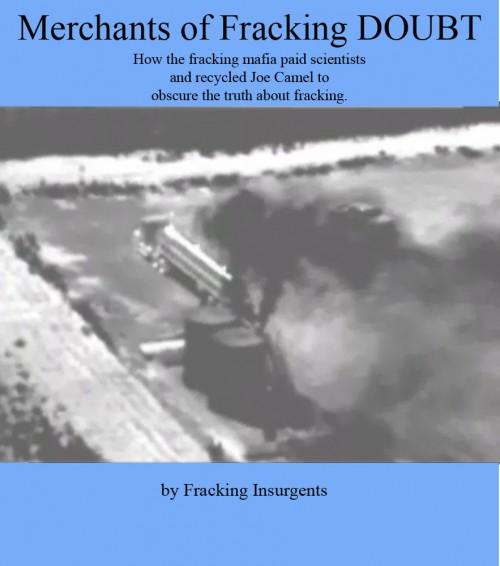 I’ve told you many time how the fracking industry is just like the tobacco industry and how they are using the same strategies.

Merchants of Doubt is a book that shows how industry uses the strategies used by the tobacco industry to create doubt about other issues like the ozone layer, climate change and DDT.

I think the fracking industry needs it’s own separate book: Merchants of Fracking Doubt. It will take several chapters to cover all the cases of frackademia.

Here are three recent cases of frackademia highlighted by NPR:

In a statement, the University of Texas said it accepted the findings of the independent review. This is the third time in three months that fracking research by energy-friendly university industry consortiums has been discredited. The Shale Resources Institute at the State University of New York at Buffalo was closed after questions were raised about the quality and independence of its work. And an industry canceled their fracking study after professors at Penn State University refused to participate.

I want to write the chapter about fracking’s Joe Camel.