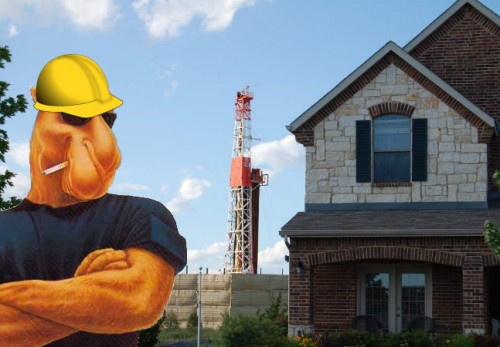 On the heels of yesterday’s announcement about the disgraced UT fracking study and subsequent resignations by the frackademics involved, Steve Everley, a top camel in the fracking Joe Camel network announces his plan to seek a new career.

“If you’re an activist who makes a living by denying both scientific consensus and public opinion, you’re naturally going to find yourself on the losing end of the debate,” said Steve Everley of the industry group Energy in Depth. “So, you really have two choices: Admit that your arguments don’t mesh with reality and find a new career, or create another meaningless organization that offers nothing new to the discussion.

The reality is your arguments have never meshed.

The NOAA study that Everley references in his tweet above – the 4% leakage – is the only study that actually took measurements.  Industry has no peer reviewed studies that have taken measurements.

Problem one: A significant oopsie.

Good luck on your job search.

UPDATE: Everley has demanded that I “correct” my post. He claims he was referencing this comment about the pilot study not the MIT study with the big oopsie. As defined by scientists, a pilot study is “soft research” and not a “full-blown study.”

Since Everley demanded a correction from me, I think it would be fair to demand a correction from him especially his claim that I was the orchestrator of the whole episode in Parker County. But we all know that will never happen. Corrections would leave EID with a blank website.

Methane is potentially leaking from the entire natural gas supply chain — from wells, pipelines and storage facilities — and no one knows precisely how much is leaking and where the leaks are stemming from. Some reports estimate the total methane leakage rate occurring during natural gas production, transmission and distribution to range anywhere from 1 to 7.9 percent. At the same time, the data that the Environmental Protection Agency (EPA) and everyone else rely on were collected 20 or more years ago.

Still, we all wish you good luck on your job search.