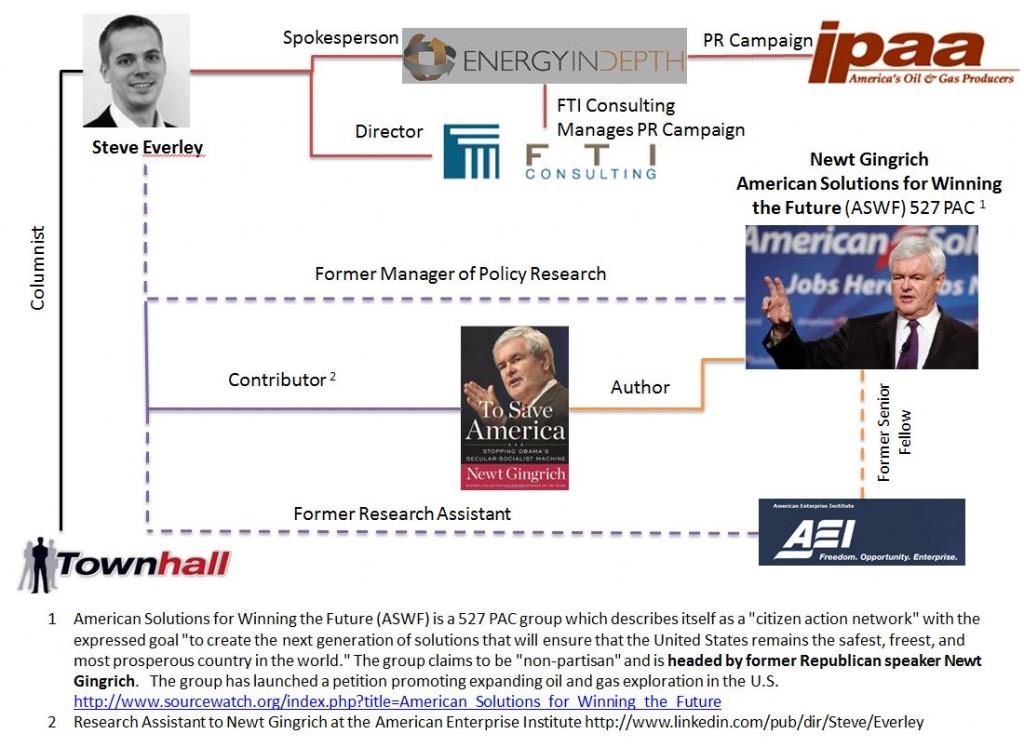 I’m not sure what the value is in responding to fracking’s Joe Camel types but sometimes it must be done.

In September, Houston Advanced Research Center released this study: “The potential near-source ozone impacts of upstream oil and gas industry emissions” (E. Olaguer, Journal of the Air and Waste Management Association, vol. 62, issue 8, pp. 966-977, 2012). Fracking’s Joe Camel and not scientist Steve Everley and Ed Ireland who is also a Joe Camel and not a scientist, weighed in with their $.002.

For months, IPAA’s government relations and communications teams have been working around-the-clock on a new
industry-wide campaign – known as “Energy In Depth” (www.energyindepth.org)

Everly Everley is an advertising campaign.

Here is a little more on Everly from Dory’s “GAS”roots part 2:

American Solutions for Winning the Future (ASWF) is a 527 PAC group which describes itself as a “citizen action network” with the expressed goal “to create the next generation of solutions that will ensure that the United States remains the safest, freest, and most prosperous country in the world.” The group claims to be “non-partisan” and is headed by former Republican speaker Newt Gingrich.   The group has launched a petition promoting expanding oil and gas exploration in the U.S. http://www.sourcewatch.org/index.php?title=American_Solutions_for_Winning_the_Future

In the second half, Steve Everley joins us to discuss the relaunch of Drill Here Drill Now at American Solutions, which gets a video kickoff here:The Ed Morrissey Show: Kerry Picket, Drill Here Drill Now’s Revival, and finding Marizela
http://hotair.com/archives/2011/03/17/the-ed-morrissey-show-kerry-picket-drill-here-drill-nows-revival-and-finding-marizela/

I guess I need a new category: fracking’s Joe Camel.

Updated 2: Everley gets his own card. 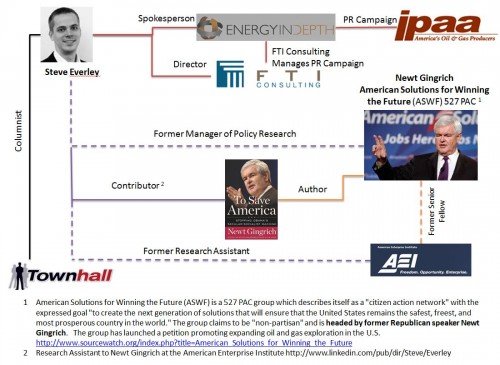