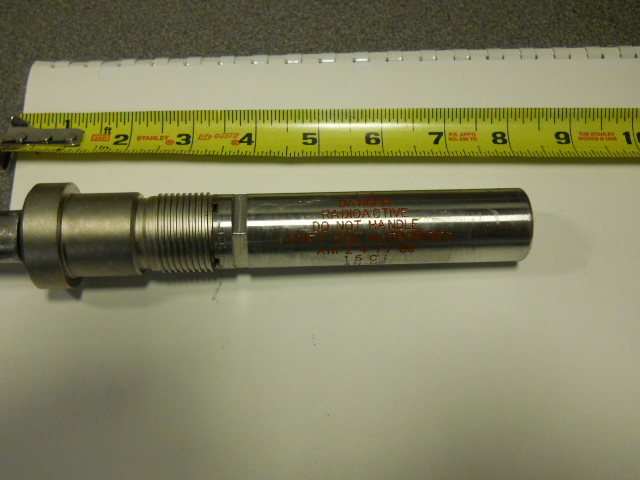 Well, this is too bad since the Kilgore RRC office said they lost their Geiger counter a few years ago.

The Hallibruton crew lost a radioactive device used to drill wells but the FBI has cleared them of wrongdoing.

That they use radioactive devices is news to me. Radioactive sand I knew about, but not devices.

A National Guard unit based in Austin sent a three-person team with detection gear yesterday to assist local officials, said Amy Cook, a spokeswoman for the Guard. The Texas Department of State Health Services said yesterday it requested help to find the radioactive item, which can pose a health risk if touched or held for several days. 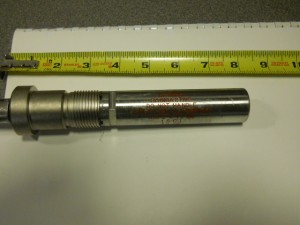 The Texas Department of State Health Services is looking for piece of equipment containing potentially dangerous radioactive material that was lost Tuesday by an oil and gas crew in a rural part of West Texas.

The sealed radioactive source, a small stainless steel cylinder approximately 7 inches long and an inch across, contains Americium-241/Beryllium. The device is not considered highly radioactive but could expose someone who comes in close contact with it for an extended period of time to a harmful dose of radiation. The cylinder is stamped with the words “danger radioactive” and “do not handle” along with a radiation warning symbol. Anyone who sees it should stay at least 25 feet away and notify local law enforcement.

This type of device is used to evaluate oil and gas wells and is usually stored in a protective shielding. A Halliburton crew was transporting it from a well outside of Pecos to another well south of Odessa. On arrival, the crew noticed the shielding was not locked and the device was missing.

DSHS is assisting law enforcement with the search and investigating the loss of the radioactive material. DSHS is also requesting support from the 6th Civil Support Team, a Texas National Guard unit based in Austin with specialized equipment that can be used to locate radioactive material.

Note: A photograph of the device is attached.