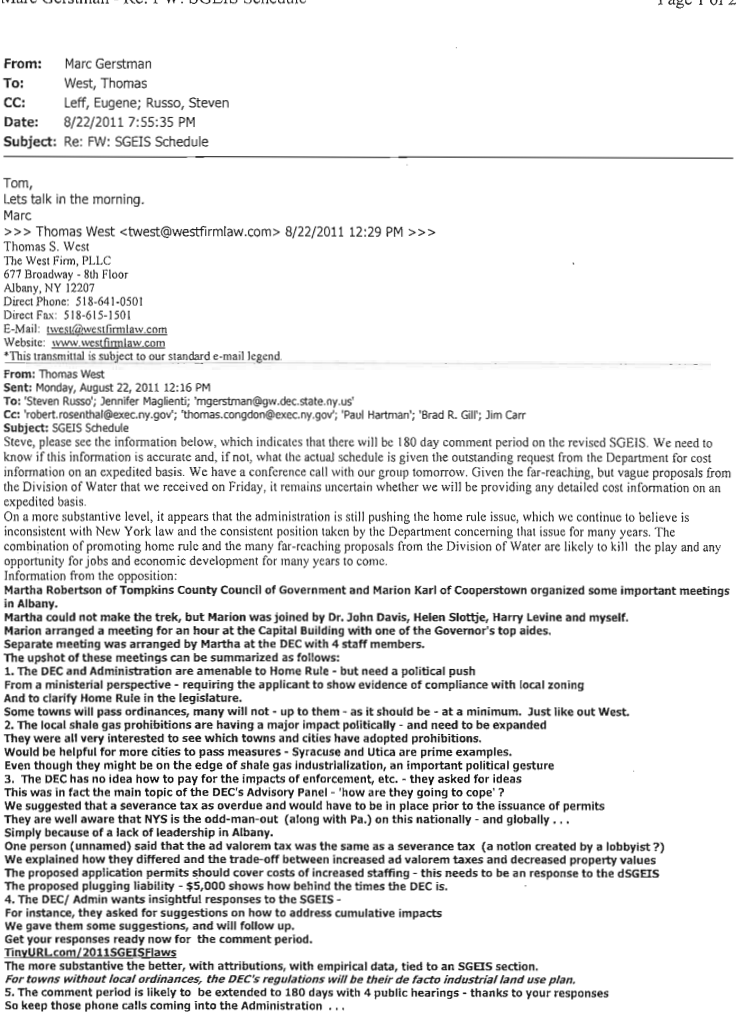 A Tom West Memo to DEC staffers discusses how to deal with “the opposition”. Somehow West got a copy of an email I sent regarding a meeting with the DEC staff – and sent it back to the DEC with his comments. In this memo, he chastises the DEC staff  and gult trips them that “promoting home rule” will spoil the “whole (shale gas) play”  You know like Home Rule has in Texas, Colorado and New Mexico.  The DEC took West’s position in the dSGEIS, contrary to both case law and the clear meaning of the statute, and West went on to lose in both Dryden and Middlefield, leaving the wording in the dSGEIS as an artifact of his dictation to his collaborators/ pen-pals at the DEC – the entire legal and permitting staff, Russo, Crocker, etc.  This after he had successfully written the worst Compulsory Integration regulations  in the US for the DEC stenographers in 2005,  and the proposed gas well  unit size in 2008.

West is now busy reading the SGEIS to see if the DEC got his wording right.