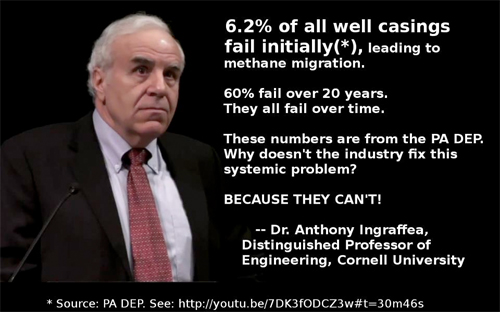 After consideration of the evidence presented in the EPA report and in URS (2009 and 2010), it is clear that hydraulic fracturing (fracking [Kramer 2011]) has caused pollution of the Wind River formation and aquifer… The EPA’s conclusion is sound.

Dr. Tom Myers, the hydrologist who confirmed the results is a brave man. Industry will relentlessly try to destroy him as they do anyone who ever opposes their irresponsible dirty practices.

I wonder what would happen if we got all the people together in one room whose lives have been destroyed by the Big Gas Mafia. That might make a great movie.

UPDATE: to add this photo