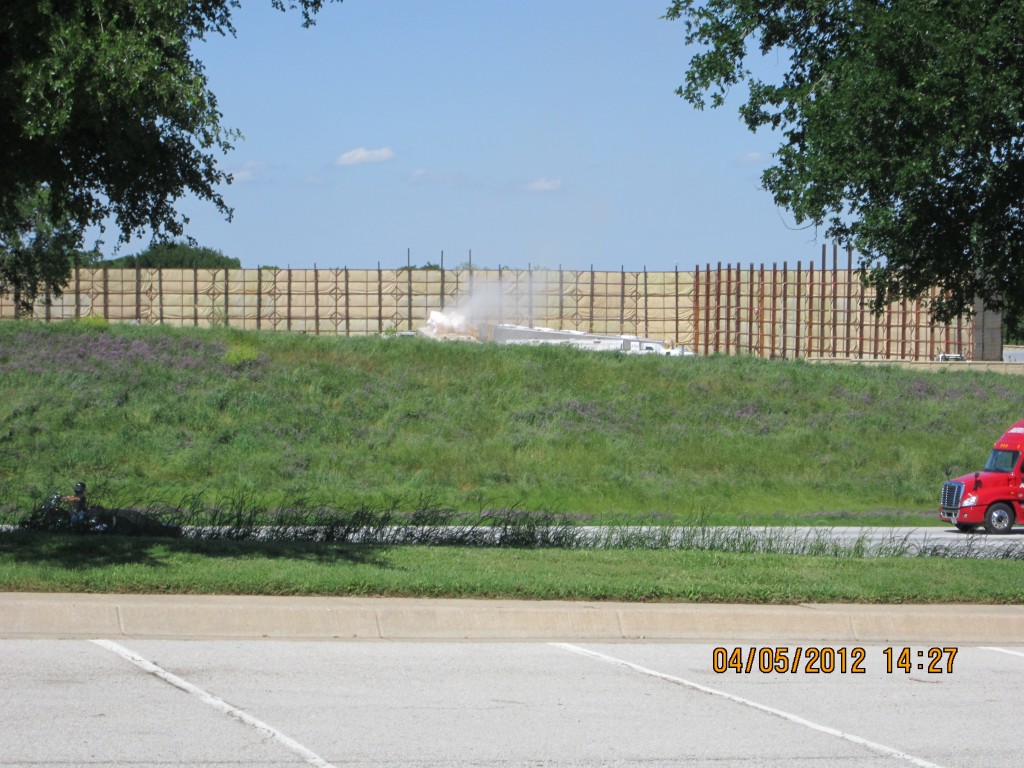 Chesapeake Energy is, AGAIN, conducting flowback operations at their Bruder site in an Arlington neighborhood. This happens to be one of the neighborhoods that suffered damage from the recent tornadoes and the pad site is very close to homes.

UPDATE: According to another Arlington resident in the comments, this could be fracking and not yet the flowback. We aren’t sure and that fact is problematic. People who live next to this kind of heavy industry should not have to second guess about what is happening in their neighborhoods. All we know for sure is that whatever is happening it is having an impact on the neighborhood.

UPDATE: Yes, this looks like a frack job and I think they are filling up the frack pond with fresh water. Still, very high emissions have been detected during fracking. So now we wait for flowback. Maybe CHK invested in some new pressurized tanks with vapor recovery. We can hope.

Chesapeake’s spokesperson Julie Wilson (no relation) recently said the flowback is only steam so Arlington residents and Earthworks’ Oil and Gas Accountability Project challenged her to prove it. Chesapeake and the City of Arlington remains unresponsive to the concerns of residents regarding this public health risk.

Today, the fire department answered a 911 call to the location on Park Springs. According to the resident, the fireman was “very ugly”  and told the resident that it was “just steam.”

I contacted the Arlington Fire Department and requested copies of the air sampling they conducted at this site that allows them to tell tax payers these potentially toxic vapors are just steam.

A study by the Colorado School of Public Health found that living near fracking is risky for health.

According to this study, cancer risks for people living within 1/2 mile of these activities were estimated to increase by at least 66%.

UPDATE again: In this picture you can see Chesapeake has applied a sand sock as an emission control device. The emissions are decreased some but you can see they are still crossing the fence line into the neighborhood.