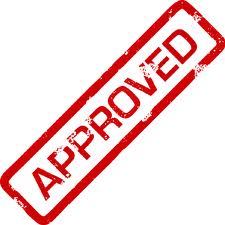 You know how Wyoming has the strongest fracking disclosure bill in the nation? Well, guess what?

Under regulations approved in 2010, Wyoming became the first state in the nation to require well operators to disclose the identities of chemicals that are mixed with water and injected into the ground during fracking. But since the regulations were adopted, the Commission has approved some 50 chemical secrecy requests by Halliburton and other oil and gas service companies.
[…]
Disclosure of hydraulic fracturing chemical information is a critical step in protecting public health and water quality. A review of the information that is already available is sobering: 78 percent of known fracking chemicals are associated with serious short-term health effects such as burning eyes, rashes, asthma-like effects, nausea, vomiting, headaches, dizziness, tremors, and convulsions. Between 22 and 47 percent of those chemicals also are associated with longer-term health effects, including cancer, organ damage, and harm to the endocrine system.
[…]
As additional states, such as Oklahoma and Ohio, and the federal government, and even some European countries, begin work on their chemical disclosure regulations, it is more important than ever to make sure that the trade secret exemption is not used improperly,” said Earthworks’ Senior Staff Attorney Bruce Baizel. “Unfortunately, our initial review of exemption requests showed that some companies appear to be taking advantage of the minimal state review.”

Can you image what the disclosure exemptions will be like in Texas? I heard they had to order additional rubber stamps.