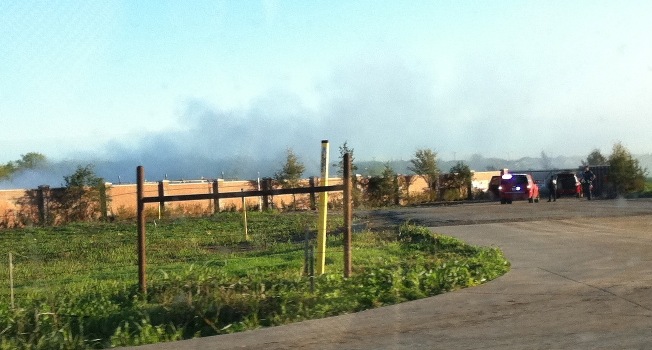 UPDATE: This is your future Dallas. A gas release so extreme it looks like a fire. Welcome to GASLAND.

There is a fire at a gas well in the 1700 block of Debbie Lane in Mansfield.  Two schools are on red alert.

UPDATE:  The red alert has been lifted.

Brockett Elementary and Coble Middle School were put on alert, the district says, after a gas leak was detected at a well near the 1700-block of Debbie Lane.

The source of the leak turned out to be a mixture of gas and steam being released from a nearby well site.

Thad Penkala with the Mansfield Police Department said they are happy to see that all of the safety measures in place near the well worked as designed.

The fire department determined the gas dissipated enough to not pose a threat to the schools or nearby neighborhood and the scene was cleared.

Oh, just a gas leak and, of course, it all dissipated. You might want to check out what happened in Argyle and Bartonville when they have those gas leaks and “dissipate.”