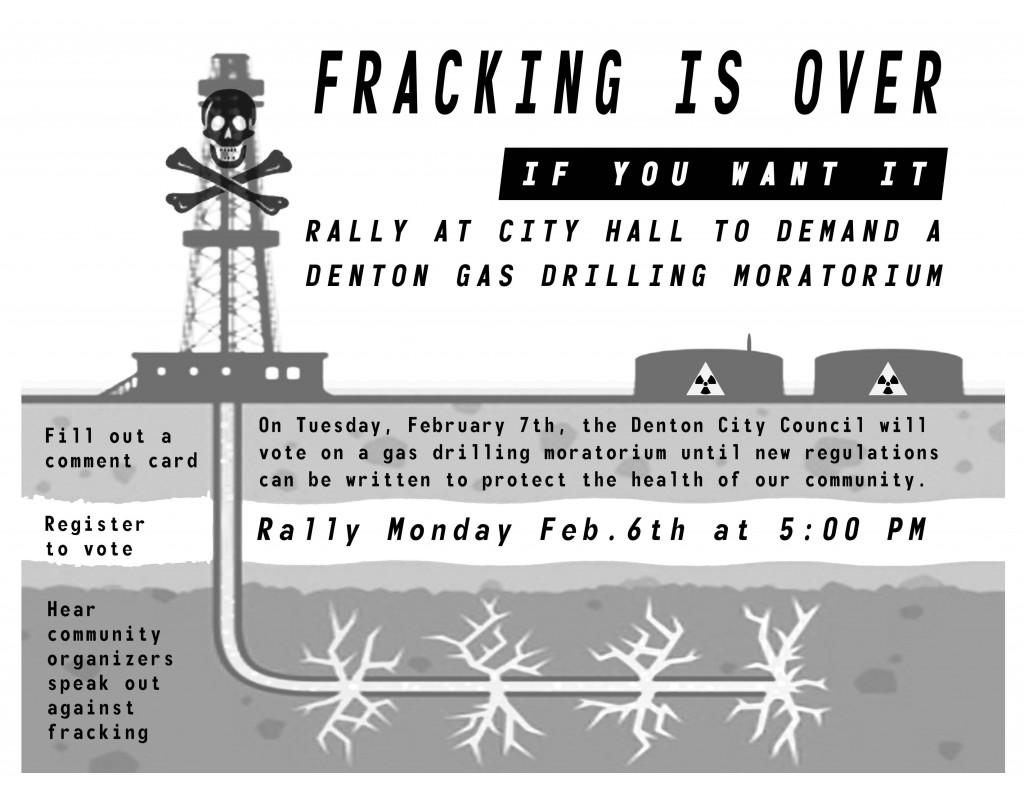 Hey Denton! Are you going to let an industry funded Astroturf group weigh in on your city’s drilling ordinances?

The prime Barnett Shale areas with lax drilling ordinances are narrowing. Denton, Arlington and Fort Worth are the three areas in the “sweet spot” with the weakest drilling ordinances. It’s hard to tell if Denton is serious about better regulation when they stack the task force with industry insiders and import staff who have been accused of enabling weak drilling regulations in Arlington.

Adding to the insults, Denton is besieged by an Astroturf group, Clean Resources: Citizens for Lasting Energy and Affordable Natural Resources, that appears to closely follow the Ed Ireland playbook. Their website says:

I’m guessing this group exists for the sole purpose of showing up at meetings as paid spokespeople for the Big Gas Mafia. Their Facebook page only has 24 likes/friends and their Twitter feed tweets to less than 200 and consists of calls to action.

Last Monday they spoke at the Denton task force meeting against regulation.

Several members of the Fort Worth-based pro-industry group CLEAN Resources drove that point home during public comments, saying overregulation threatened the industry’s potential to create jobs and reduce the country’s reliance on foreign oil. They also argued that drillers were being unfairly targeted when other industries used more water.

And the week before…

Denton citizens! You need to show up and sound off!

Get a full-size flier HERE.