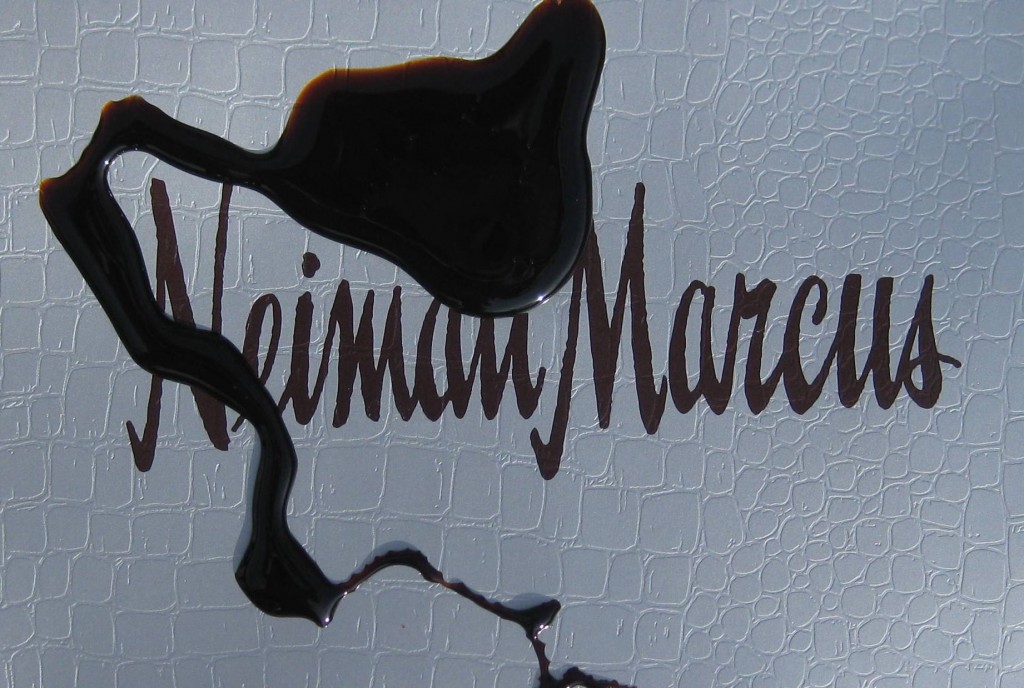 Neiman Marcus raked in record profits during their first-quarter this fiscal year. While the rest of us are eating cake, the “most affluent luxury customers are ‘spending with confidence.'”

NM sales associates now have smart phones so they can send merchandise photos to wealthy customers who can then purchase $12,000 emerald necklaces or $125,000 libraries by pressing a button on their iPhones.

The Dallas-based luxury retailer reported net income of $48.4 million in the three months that ended Oct. 29, compared with $25.7 million in the same period last year.
As reported earlier this month, total sales increased to $1 billion from $927.2 million a year ago. Same-store sales were up 8 percent.
Earnings before interest, taxes and other items were up 12 percent to $168.3 million from $150.9 million a year ago. Operating income was $122.8 million, compared with $99.8 million in last year’s first quarter.

My first credit card was from Neiman Marcus because, way back then, they would give a credit card to just about anyone. That’s how I got my credit established. I had a friend who worked in the ladies department who would snag nice dresses in my size when they were on sale. Then she would call me to come purchase them. That was when I worked for the Big Gas Mafia so I needed to dress like them. I destroyed that credit card a long time ago.

Precious jewelry is selling well, as are fantasy gifts from its Christmas catalog, such as a $125,000 custom library and 10 2012 Ferrari FF cars that sold out in 15 minutes, said chief executive Karen Katz.

The WalMart crowd is not bouncing back quite as well as the Ferrari shoppers.

Overall, luxury retailers have bounced back faster from the recession than retailers who cater to middle- and lower-income shoppers.

Guess what Neiman Marcus is doing with all that extra profit.

If you guessed one of these…

…you would be wrong.

Neiman Marcus is investing their profits in the dirty tar sands.

Neiman Marcus is owned by “Warburg Pincus LLC, one of the world’s oldest and largest private equity firms,” and they can’t get enough of that dirty tar sands oil.

Daddy Warburg, Charles (Chip) Kaye, has a big appetite for tar sands oil and it has not been diminished by the postponement of the Keystone XL pipeline.

Daddy Warburg notes how hard Alberta lobbied for the Keystone (hold that thought because there is more to come on this) and he figures they will just build the pipeline to their west coast.

Stores that support the dirtiest of the dirty energies:

See what Dallas Drilling Blog has to say about this HERE.