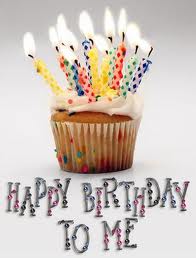 As you know by now, the Big Gas Mafia held a much ballyhooed media/PR conference to get their fracking story straight to combat all the bad press and their failure to convince the American public that they can frack safely. I paid to attend that conference and wore my name badge the entire time.
Transparency was a big theme–hiding/spinning wrongdoings just escalates the public distrust. Yet here they are with the media equivalent of a spill — admissions that they’re using and encourage use of military tactics against American citizens. Yet, rather than owning it and admitting wrongdoing and addressing the problem they are instead trying to divert and obfuscate.
Alleged to be from the CIA.

Is it my birthday or Christmas or what? Range Resources has now changed their official statement TWICE about the taped presentation where Matt Pitzarella, Director of Corporate Communications and Public Affairs for Range Resources admits they use PSYOPS with great success against Americans.

“This is a result of an activist sneaking a recording of a 16-hour conference, editing it, and releasing a one minute sound bite. My remarks were in response to a comment on how to prepare scientists and other technical experts to answer emotional questions, particularly in other parts of the country.

“We believe we need to be transparent, accessible and accountable and in order to do that you need employees who are comfortable engaging various stakeholders. Since not every company can go out and hire customer service representatives or communications professionals or maybe it’s not an everyday need, so companies should seek out natural communicators internally. We hire a lot of veterans and service men and women and they are natural leaders, work well in teams, are comfortable with all sorts of people, and are strong communicators. One of our employees who works on adhering to and assisting in crafting local regulations with communities has worked in psy ops. The comment was demonstrating that this person can remain calm, particularly in emotional and even dangerous situations in the Middle East and therefore can handle about any situation in the community. As you know, some township meetings have the potential to become pretty emotional. So seek out people internally who are capable of working with diverse stakeholders.

“Editing and swapping my response with an unrelated comment from someone else isn’t really honest. And while we’d rather be discussing the importance of natural gas in our energy future, this issue provides us a platform to further communicate our commitment to being transparent, accountable and accessible. We don’t get to talk about the positives, until we address concerns.”

Really, Matt? REALLY? Do you have any idea what a technological feat it would be to actually make a fake tape? I’ll let my Facebook friend lay it all out for you:

I’m sure you used your liberal conspiracy money from George Soros to hire a professional voice actor (after interviewing dozens of candidates to find one who sounded right), then also hired a professional sound studio to edit the recording in a way that made it impossible to detect!

Here is the statement I sent along with the entire tapes that have not been edited:

I paid my $1300 like all the other conference attendees and wore my name badge with my name and company displayed. Matt Pitzarella’s claim that I altered the tapes shows how far Range Resources will go to distort the truth while claiming to be “transparent.” They know they can’t drill safely so they are resorting to any tactics they can including declaring war on the American people.

In this statement, Range Resources and Pitzarella claim that he was responding to a question. If you listen to the tape, you will see that his admission is made in the middle of his presentation. If you listen to the tapes, you will see that Pitzarella was not taking issue with Mat Carmichael’s, Manager of External Affairs, Anadarko, statement about using the US Navy/Marine Insurency Manual. He was affirming that statement and adding how his company uses military tactics against Americans.

Over and over and over they claim transparency then they continue to do just the opposite. Is that how PSYOPS works? If you repeat something enough do people finally believe it?