The Army Corps of Engineers wrote a letter in February recommending a 3000 foot setback from dams to prevent a “catastrophic event.” Mysteriously, the Corps later issued another letter that was less alarming but still emphasized the unknowns and possible danger of fracking near dams.

Hat tip to my friend, David, who got out of the Gas Patch but who still keeps watch over us. He found fracking near the Squaw Creek Comanche Peak Nuclear Plant and right under the Squaw Creek dam.

Some questions for you to ponder while you view the following maps? 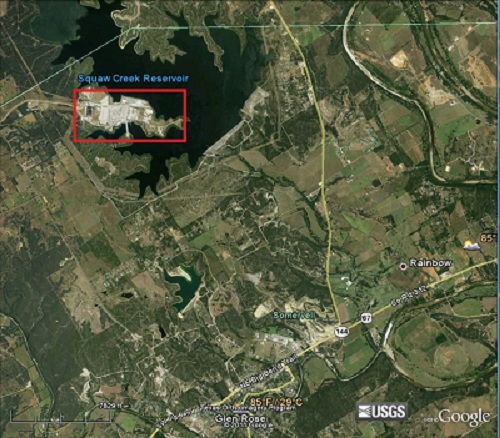 From the Texas Railroad Commission GIS map we can see there are some Barnett Shale gas wells near the Squaw Creek Comanche Peak Nuclear Plant. The gray circle is 1/2 mile radius. Texas Railroad Commission records–which are rarely current because issuing drilling permits quickly is more important than keeping records current–indicate that 2H is the only well that is currently producing. Maybe 1H and 3H haven’t yet been fracked. Maybe Quicksilver should hold off on fracking the two remaining wells. 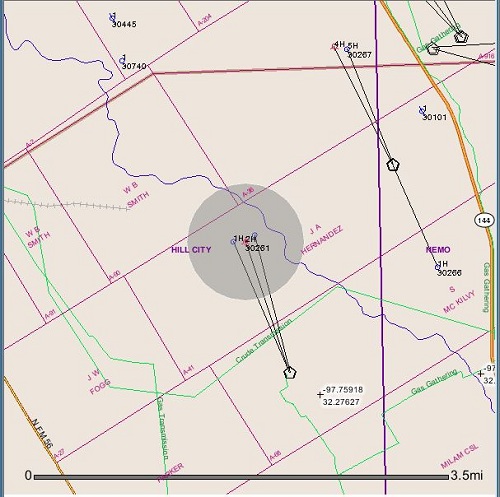 David mapped it out for us below showing distances. The pins show the location of the 3 Quicksilver wells. To see a larger version of this map, click HERE. 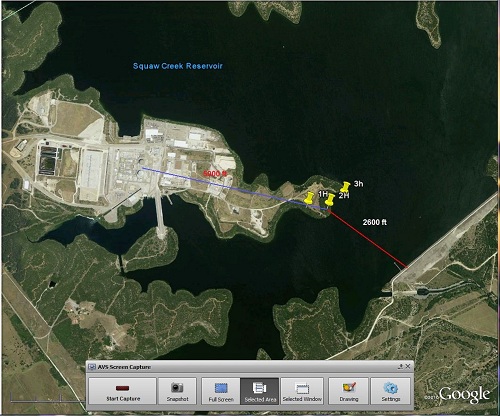 It’s hard to tell from what direction the Quicksilver wellbores might run and just how close they are to the dam. So I zoomed in on the TRC GIS map and located the roads that run near the Quicksilver pad site. Then I matched up the location on a Google map below. Note the green line that shows a pipeline is already in place. 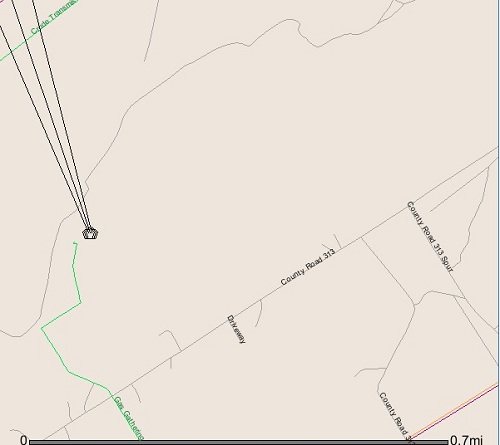 You can zoom in and out on the below map to see how close the wells bores are to the dam.

View Fracking a nuclear plant in a larger map

UPDATE: Some additional maps and a comment from David:

I located the well head on the surface and plotted the well bores. Funny thing Squaw Creek is not on the RRC maps? Security? The bores are 500ft apart. I checked the license for the plant, it last until 2033.Even if no earthquake or dam failure lets hope the fissiors don’t some day drop the water level below the plants intake!

And a comment from me: The FBI and Department of Homeland Security have been perusing my blog lately. Hey fellas, if you need something to do, here ya go! 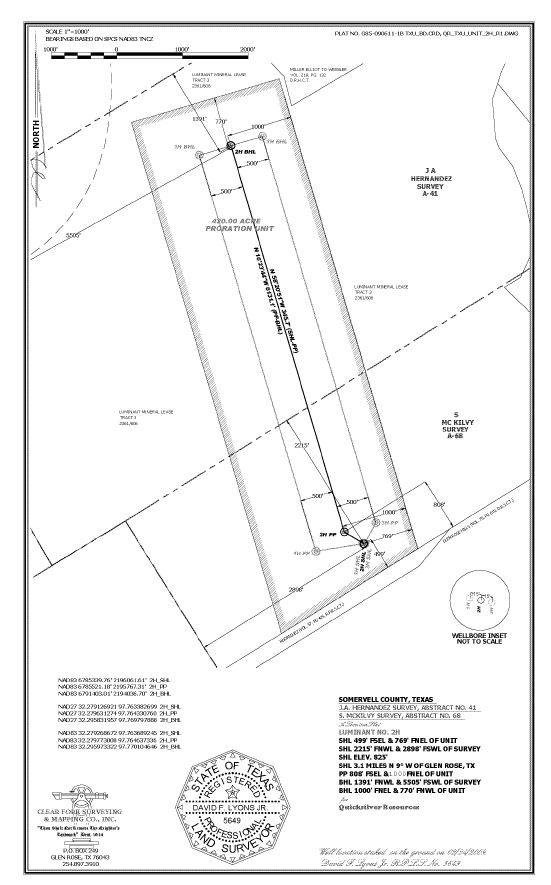 To see a larger version of this map, click HERE.