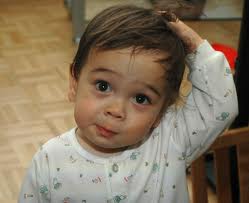 Sorry, Michael, but you can’t pull off the funneh.

In his blog for Fuelfix.com, Economides tries to compare Deborah Rogers and me to a Pace’s Picanti Sauce commercial. Because the commercial, thrown in at the beginning of his blog, makes absolutely no sense, he tries to explain it. And that’s the first time he goes all wrong.

In the commercial, Texas cowboys are sharing a meal and then run out of salsa. When they ask for another jar, the cook gets reproached when he tries to substitute a salsa made in New York City. (New York City!!!)

The notion behind the commercial cowboys’ outrage is that individuals and/or companies far removed from a situation—whether it’s making region cuisine or making local regulations—aren’t usually the best parties to improve it.

Yeah, the commercial wouldn’t make sense no matter where you put it. He was trying to force it and it just didn’t work.

Dude! It’s called homework. Do a little research before you write. Had you bothered to read anything at all, you would have known that I got involved in this issue because I bought my dream property and built my own little paradise right on top of the Barnett Shale in Wise County where the fracking of the shale was born. How much closer to the situation can a person get? Ditto that with Deborah Rogers.

Then he blathers on and on and on about Deborah. The amount of ink he gave her tells me she has scored some huge damage points.

Here’s where he steps in it again:

The reality is that almost all of the task force’s panelists today are opponents of hydraulic fracturing, an irrational position that hides their personal biases against natural gas development. Some of their conclusions are far outside even those supported my mainstream environmental organizations.

One panelists, Kathy Martin, is a petroleum engineer. Another is a hydro geologist. I’m a mineral owner.

Then he steps so far into it that he sinks right on up to his double chin.

The Texas Oil and Gas Accountability Project, for example, says there is no scientific 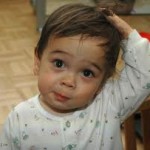 evidence to prove hydraulic fracturing is safe. This is the most outrageous presumption of guilt that anybody could ever express. It is not different than a statement that nobody has ever proven that walking is safe (which maybe quit difficult to do…. ridiculous but true.)…

Yeah, walking/fracking. They both end with an ing.

He said our concerns were not legitimate. Okay, then. Stand next to this and take some deep breaths for about 30 minutes, Michael.