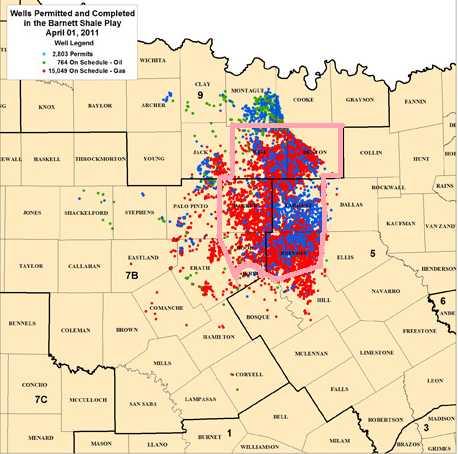 According to the Center for Disease Control and Prevention (scroll way down until you come to the part on Texas) and you will see the following:

In 2009, data from the registry showed that six counties in the western Dallas-Fort Worth area had the highest incidence of invasive breast cancer in the state. These counties are Tarrant (which includes the city of Fort Worth), Denton, Wise, Parker, Hood, and Johnson.

This map is from my presentation yesterday to the Dallas Drilling Task Force.