This is just a quick update from our tour of the Eagle Ford Shale. I’ll have a more complete report with lots of photos up later. 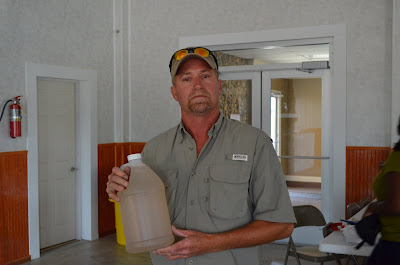 This is Toby Frederick holding a jug of his water that the Texas Railroad Commission said was fine. I have a jar of it to carry with me so you can have a sniff.

Here are some links to some of the media coverage: