I blogged earlier today in response to the Dallas Morning News article about natural gas drilling but I didn’t zero in on this part:

The anti-drilling movement is beginning to have an effect on the natural gas industry, which has had to slow down and even cancel some projects. XTO Energy, owned by Exxon Mobil Corp., halted plans to drill in Southlake, and after paying millions of dollars to lease city land, now must wait for Dallas to rewrite drilling ordinances. Cheasapeake Energy Corp.’s chief executive practically begged journalists at a recent convention to stop writing that fracking contaminates drinking water. And Range Resources general counsel David Poole said if Pennsylvania ever halts drilling, Range would be out of business.

This is the bed of their own making and yet they wonder why it’s getting uncomfortable to lie in it. 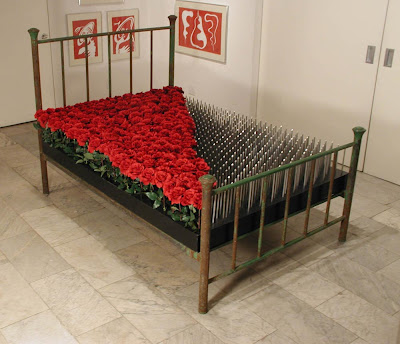 Way back in 2008, I told the Big Gas Mafia that they were on the wrong track with their propaganda. I suggested they hire me for their public relations director.

You can’t expect to keep denying any responsibility for fracking up water and fouling air, diminishing property value and killing family pets and get away with it long term. You can’t continue to wave the flag and cloak your lies in fake patriotism while you sell our so-called energy security to Asia.

Get a grip on reality.