UPDATE: For the best reporting to date on this case see: <a href=”http://www.texassharon.com/2012/04/26/better-reporting-on-range-resources-water-contamination-case-in-parker-county/”>Better reporting on Range Resources water contamination case in Parker County</a>, it is a long but essential read if you are interested in this case.

To copy a phrase used by the ABCAlliance, “This just in from the Department of Duh.” The Texas Railroad Commission calls self right.

I had to take a moment to point out the difference in reporting on this issue.

Take Jack Smith who reports for the Star-Telegram. If you only read his reporting, you will think the EPA has egg on their face. I’ve hardly seen any unbiased Barnett Shale reporting from him but this is just too obvious.
Now read what Katie Gailbraith wrote for the Texas Tribune.
This is a funneh Ames Jones quote that made me laugh out loud:

“We’ll see which is the real protection agency, and I’d say it’s the Railroad Commission of Texas,” Commissioner Elizabeth Ames Jones said after the vote.

I’ve always said the Texas Railroad Commission is nothing but paid protectors of the Big Gas Mafia. Nobody would even accuse them of protecting the public’s interest. Perspective…

The EPA is not backing down. 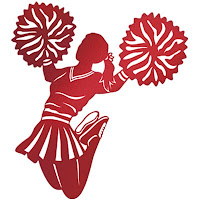 But the EPA is standing by its accusation. “The decision by the Texas Railroad Commission is not supported by EPA’s independent, scientific investigation, which concluded that Range Resources Corporation and Range Production Company have contributed to the contamination of homeowners’ drinking water wells in Parker County, Texas,” the agency said in a statement today. The agency’s legal complaint against Range is still pending.

The best news in this article is the fact that Williams is now through at the TRC. But he had to sing his praises for Range before he left.

“We owe an enormous thank you to Range Resources, because quite frankly they put up a diligent and aggressive defense of their operations,” Williams said.

EPA stands by the order issued to Range Resources and seeks to secure Range’s full compliance and to confirm that actions taken by Range since the issuance of the order were performed properly. The United States has filed a case in federal district court to enforce EPA’s emergency order under the Safe Drinking Water Act. Range has also filed a petition in the federal court of appeals challenging the order. All questions concerning that action should be directed to the Department of Justice.

A complete copy of EPA’s report and data, referred to as the Administrative Record, has been provided to both Range and the Texas Railroad Commission, and is publicly available on our website.

EPA believes that natural gas plays a key role in our nation’s clean energy future. However, we want to make sure natural gas development is done safely and with public health as a first priority.