From the Cartoonist Group

President Barack Obama said Friday that oil production out of the Gulf of Mexico is at a record high and that a rush to new drilling is not a long-term solution for a nation that consumes more than a quarter of the world’s oil. 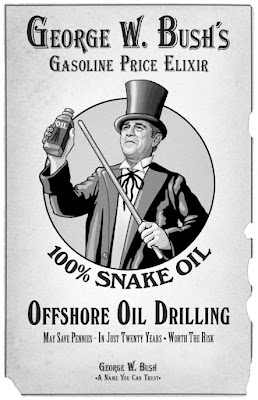 But Louisiana lawmakers lambasted the president’s remarks on rising energy prices, made at his second news conference of the year, suggesting that he failed to confront the fact that his administration’s slow-go on permitting threatens future supplies, and that renewed drilling is an essential response to the rise in gas prices.

“The gap continues to widen between what President Obama claims to be true about domestic energy production and what Louisianans know is true,” said Sen. David Vitter, R-La.