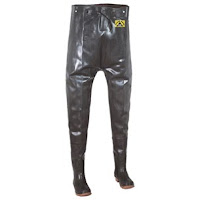 You had best put these on before you go any further.

Nope, not kidding. That’s what it says.

The BS News has come up with an “analysis” and some “research” they claim disproves the Fort Worth League of Neighborhoods report and recommendation to the Fort Worth IDS. If you want to try and muck through it all CLICK HERE AT YOUR OWN RISK. Your IQ will decrease by at least 10 points. (Actually, I’m embarrassed for the guy.)

Here is the FWLN’s rebuttal:

You begin your latest editorial regarding the Fort Worth League of Neighborhoods report to the FWISD by stating that ” there is little in the report…based on factual data…after our thorough analysis.” I should like to address the errors in your analysis and reiterate the factual data since I am the technical liaison on this report for the League.

Firstly, and perhaps most importantly, you have yet again falsely branded us as “anti drilling radicals.” This is interesting in that we have never stated that drilling should not occur. On the contrary, we believe that everyone has the right to harvest their minerals. We HAVE stated, however, that it must be done responsibly. Obviously you equate responsible drilling with radicalism. I believe this is what is commonly referred to as a Freudian slip.

You have completely failed to mention that one of the models in our report was based on data collected by TITAN Engineering for the Barnett Shale Energy Education Council (BSEEC). A fact conspicuously absent not only from your editorial but also from comments which Dr. Ireland of the BSEEC is making to publications.

In addition, you unequivocally state that Barnett Shale gas “is free of all sulfur compounds such as hydrogen sulfide, carbon disulfide etc. therefore [it] is not a source of carbon disulfide.”

After MY thorough analysis, I would refer you firstly to the appendices of the TITAN study which provide test results showing the detection of not only hydrogen sulfide but also carbon disulfide and carbonyl sulfide. There is no pagination but you will find these compounds in the Quicksilver Lake Arlington and the Chesapeake Arc Park site results. It would appear that both you and Dr. Ireland are either unfamiliar with the actual test results produced by TITAN for the BSEEC or you are now choosing to deny the results. Am I to understand that the BSEEC no longer stands behind its study?

Next I would have to move on and refer you to TCEQ’s final report on emissions in Barnett Shale. They, too, collected samples containing carbon disulfide. TCEQ states that elevated levels of carbon disulfide, ethane, 1,2 dibromethane and isopentane were detected above short term health benchmarks together with other toxic compounds. A total of “35 chemicals were detected above appropriate short term comparisons.”

You quote “one knowledgeable peer of dispersion modeling” and yet you fail to give his or her name. Nevertheless the quote is interesting in that this “knowledgeable peer” also seems to be unaware that ERG is “backing into” emission rates in its study for Ft. Worth. ERG states “estimated emission rates were calculated from the test data…”

Finally, you seem to be under the impression that Ms. Rich and Wolf Eagle were involved in this report. They were not involved or consulted in any way, at any time.

In short, Mr. Powell, you have failed to provide an accurate editorial and have conveniently omitted facts in spite of your “thorough analysis.”

In addition, it would appear that you are unaware that TCEQ routinely gives out canisters to private citizens when an odor issue is present at a gas facility. This is something which I encourage people to request of TCEQ so that as much data as possible can be amassed. Private citizens helping the TCEQ to gather data will be one of the most important aspects for on-going monitoring of gas sites in future just as it was important in helping TCEQ to monitor the cement kilns in Midlothian.

Based on your editorial, it is clear that industry has produced very little in the way of substance in its rebuttal to the FWLNA’s report.