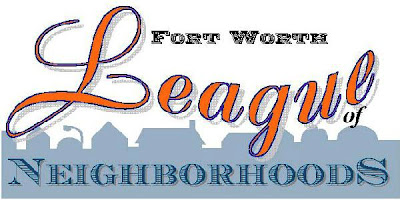 A Fort Worth League of Neighborhoods team of experts says that schools should be no closer than a mile to natural gas facilities because of the presence of carbon disulfide in dispersion models at levels as high as 1,000 times short term health benchmarks seen in testing data for wells near Burton Hill, East Handley, West Handley, and Maudrie M. Walton Elementary Schools and Dunbar High School.

Further, the team has advised that FWISD board trustees should require operators to use cost effective and responsible measures such as electric drill rigs, electric compressor engines and electric motors for driving any other stationary gas field infrastructure at natural gas facilities near schools. Among other recommendations are the use of vapor recovery units when appropriate and that condensate/produced water tanks should be independently monitored for control of volatile organic compounds (VOCs) emissions. The team also recommends the use of green completions and consultation zones when new pipelines are to be sited near schools.

The team has released its report and recommendations on measures the FWISD trustees can write into mineral leases to protect children at schools near natural gas facilities. The League’s scientists surveyed canister data from various sources including private testing, the Texas Commission on Environmental Quality, and the drilling industry’s own TITAN Engineering Study. Team engineer Dr. Melanie Sattler produced some of the first dispersion modeling of emissions completed in the entire Barnett Shale.

Team members include Dr. Ramon Alvarez, an atmospheric scientist, of the Environmental Defense Fund in Austin; Dr. Sattler, an engineer and associate professor in the Department of Environmental Engineering at the University of Texas at Arlington; Dr. David Sterling, Chair of Environmental and Occupational Health at the University of North Texas Health Science Center in Fort Worth; and Carl Weimer, Executive Director of the Pipeline Safety Trust in Bellingham, Washington. They did their review during a 90 delay period agreed to by the FWISD trustees in November.

“The report shows how little information independent of the drillers is available to the public, elected officials, and state regulating entities,” said Libby Willis, president of the League of Neighborhoods. “We are recommending that the FWISD, the City of Fort Worth and the State insist on independent verification of emission rates and emission data at natural gas facilities so that continued review and modeling can proceed,” she said.

“Now that we know that thousands of new sources of pollutants are being generated by these facilities of which the City and the State were unaware, it would be highly imprudent to fail to implement safety standards such as those recommended in the report,” said Deborah Rogers, the League’s liaison between the expert team and the FWISD. “Although it seems obvious, we must go above and beyond in the protections for the children of Fort Worth.”