UPDATE: For the best reporting to date on this case see: Better reporting on Range Resources water contamination case in Parker County, it is a long but essential read if you are interested in this case.

Does this sound familiar?

Hydraulic fracturing was used on a gas well and now the gas has migrated up to the surface endangering the people and threatening the water supply.

He explained that the gas, released after fracking operations to free the gas from shale rock formations, is escaping from deep in the ground. The gas is under so much pressure that it has found its own way to the surface.

And here is the Big Gas Mafia’s answer: 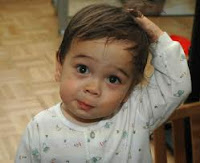 …the industry offers assurances that concrete and tubing installed as a well is drilled will prevent leaks. It also claims there can be no contamination of groundwater because the water is near the surface, while on average shale gas is found below 2,000 metres of impermeable rock.

Industry keeps saying it’s impossible but the impossible continues to happen regularly. Hydraulic fracturing is allowing gas to migrate up from the formation into our drinking water. Whether the gas migrates through fractures then up through the strata or around the bore hole or through cracks in the cementing or… The fact is the process is wrecking havoc with our environment.

Does this sound exactly like what happened in Palo Pinto?

It also sounds a lot like what might be happening at Tim and Christine Ruggiero’s place where they have the methane bubbles that light on fire. There is a problem with the Bradenhead pressure at the Aruba Petroleum well. Bradenhead pressure issues often mean a well is leaking. It is such a dangerous situation the Texas Railroad Commission threatened to shut the well down if Aruba did not get the problem contained. Aruba is out there every weekend working on that well.

(You might ask why Aruba works on the well mostly on the weekends. We did too until we realized the The Texas Railroad Commission closes up shop at 5:00 PM on Friday and doesn’t open again until Monday morning. That way Aruba can do anything they want to at the wellsite with only the landowners and neighbors to witness it. The landowners and neighbors have to stay vigilant and keep watch to protect themselves from this irresponsible operator.)
Maybe this is what happened to the waterwells in Parker County after Range Resources fracked.
IJS…
2 + 2 = ?
The well in the article is in Quebec and the operator is Talisman. (Isn’t Talisman is trying to drill in Colleyville and Flower Mound?) Quebec seems to have a lower tolerance for these kind of disasters than Americans do.

“We ask you to proceed immediately with the necessary corrections to stop these emissions,” the notice adds. “As well, safety measures at the site should be established to ensure the protection of persons and property.”

After Environment Minister Pierre Arcand said last week Quebec’s budding shale-gas industry was “not in control of the situation,” inspectors from his department issued infraction notices to Canbriam and to Talisman Energy Inc. for a leak at its Leclercville well.

Quebec is now threatening to ban shale drilling and hydraulic fracturing. Go, Quebec, Go! Protect the people and their water.