If the Texas Legislature agrees with the Sunset Advisory Commission, there will be big changes for the Texas Railroad Commission.

The new plan recommends one commissioner called the Texas Oil and Gas Commissioner who is elected to serve a 4 year term. Now what could possibly go wrong with that plan?

The concern is that arrangement puts a lot of power into the hands of a single elected official — someone who might be influenced by campaign contributions.

I bet the Big Gas Mafia is ecstatic. This will be the best funded race in history. But there won’t be an election until 2014 so Governor Perry will appoint the Texas Oil and Gas Commissioner who will serve until then. And what could possibly go wrong with that idea? Perry appointed the TCEQ Commissioners and look at how great that agency works.

Michael Williams, who chairs the Railroad Commission, takes credit for the idea.

I’ll just let you connect all the dots but I do have a nice graphic for you. 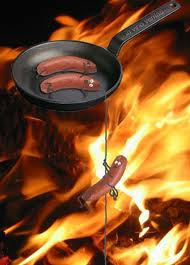