Are you tired of breathing air that rates 1.8 out of 100? DO SOMETHING ABOUT IT. 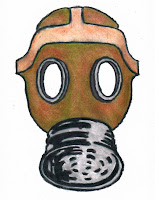 From our good friends at Downwinders:

There is what looks to be a pretty significant regional/national media event taking place in Downtown Dallas at the Crowne Plaza Hotel in Downtown Dallas, 1015 Elm Street, Dallas, Texas,( phone: 214 742–5678) on Friday, January 14th.

It’s a public hearing on EPA taking away the State’s authority to enforce a portion of the Clean Air Act as it now applies to Greenhouse Gases (GHG) since the State says it won’t follow the law. Texas is the only state refusing to follow this law. The public hearing will convene at 10 a.m. and will end at 7 p.m. or until the last registered speaker has spoken.

Texas filed a stay and a lawsuit to prevent EPA from taking the state’s authority away and/or enforcing any GHG law in Texas. Because it did it on New Year’s Day, and the other side wasn’t present, the judge suspended everything temporarily until he rules one way or the other. That ruling is expected between the 7th and the 14th. The decision, no matter what it is (although Texas is expected to lose), will shine a spotlight on what’s already a national story that has been written about in TIME, the New York Times, Wall Street Journal, Washington Post, etc. It will not affect the hearing – except to add momentum to it.

Neil Carman and Co. in Austin seem to think that with the judge’s decision on top of an already-interested national press, that this hearing will be the state’s defiant Rebel Yell, with state officials like Attorney General Abbot and TCEQ Chairman Shaw in attendance, along with lots of industry. Would Rick Perry himself show-up? We can only hope.

The point is, for anyone in the area that wants to show discontent with Perry, how their industrial foes are an important contributor to global warming, and support for our very own Al Armendariz and EPA to the national press, this is your first chance of 2011.

In particular, it seems like a good opportunity for the Shale folks to come out and tie methane and all the other “anes” to the global warming crisis. This directly hits the industry where they think they have such a green advantage over coal and spins the issue in way that might be new for some media. Cement kiln activists should be there because the Midlothian kilns are the largest single point sources for CO2 in DFW, and coal plant opponents because Texas is one of the few places still pursuing them.

We didn’t pick the time. And it’s all Kabuki Theater. But now that it’s happening, we have to respond in a way that makes sure folks outside Texas know not everyone here is enamored of Perry, and deny him any sense of public support. We can’t let these play out as Perry election rallies on the ground. That means showing up with butts in seats for the hearing. To request a speaking time slot, contact Pamela Long at EPA long.pam@epa.gov or call her at 919-541-0641.)