If I were given a do-over on raising my two sons, I might decide not to lie to them about the fat man in the red suit. I seriously questioned this lie when Adam was born but his grandparents were traumatized merely by my questioning the wisdom of lying to your children so I took the easy route and played along.

Frank believed in Santa for way too long and I will admit that I facilitated the fat man’s longevity. I put as much effort into making his a magical childhood as I do most things. When his excellent reasoning skills honed in on Santa and flying reindeer, I stayed up late on Christmas Eve with my Santa and reindeer footprint kit making sure we could get a little more mileage from that lie. He was furious with me when he first learned the truth. He accused me of lying and there was no denying that I had. What to say about that? It’s okay when Mommy does it? Eventually he saw that Santa was just another of the many myths we tell.

Adam had a hard time buying into the myth from the very beginning. I was unprepared for his probing questions at such a tender age. His first Christmas after cognition kicked in, he quizzed me about how Santa could get into houses like ours with no chimney. He was horrified to hear that, like a common robber, Santa would come through the door or window. If Santa could enter our house that way who else might? I was uncomfortable with the amount of lying it took to ease his worry that while he slept all manner of elves, monsters and mythical creatures might be entering our home.

The next October when Adam was three, the neighbor’s dog died. Conveniently “Lion King” was out on video so we could talk about the “circle of life.” We read “The Tenth Good Thing about Barney,” a sweet book that helps children deal with loss. His take away message: everything dies. The questioning was relentless. “Will you die, Mama?” I answered truthfully and explained that I had to make sure he got all grown up first so I wouldn’t die until I grew old. He asked the same question about everyone he knew, all the way from Frank and Daddy to Santa and God. I was not prepared for the question about Santa’s death so I recklessly answered that Santa was magical and he never died. (It occurred to me later that I could have said Santa has apprentices who take his place but I don’t lie well under pressure.) Several days later, Adam quit eating.

I wasn’t concerned at first; I figured he would eat when he was hungry. By the end of the second day, I resorted to bribes and threats . “If you don’t eat, you won’t grow up to be big and strong like your brother.” Adam screamed that I was trying to kill him! He had figured it all out: eating would make him grow up and then he would grow old and then he would die. I begged for Calgon to take me away. 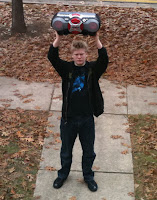 Eventually, hunger won out and Adam started eating again. Christmas day was closing in when Adam announced that he had figured out who Santa really is. My heart sank! The presents were all hidden in the top of the closet or securely wrapped under the tree. How did he find out?

“He’s God. Santa is God!” Adam proudly proclaimed. “God is the only one who lives forever, everyone else dies. So, Santa has to be God.”

It was several minutes before I spoke and I came very close to agreeing that it must be so. Instead I murmured that I was pretty sure Santa is not God.

The Santa lying is all over for me and that is an enormous relief. Should any grandchildren ever inquire about the fat man, I will reply, “Go ask your father.”

Remember people: Shiny things can’t make you real. Only love can do that. 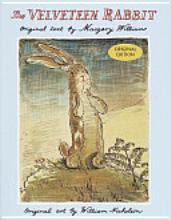