Julie Williams Wilson (no relation <--shudder-->) must be having the worst day ever!

Today is the Ethics Committee review where the City of Fort Worth did some Jujitsu and changed all the rules of the game AND the players so they can basically do whatever they want while completely disregarding, ahmm, ethics. See the Ft. Worth Weekly, “Has Fort Worth Lost its Moral Compass? Ethics questions seem to be a hallmark of this city administration”.

Add to that this Opinion that appeared in today’s Star-Telegram:

Fort Worth environmental manager slipped through a revolving door

It was recently announced that Brian Boerner, the former head of the Environmental Management department for Fort Worth, is joining Chesapeake Energy. This is problematic because there is nothing more effective than having “inside information” to design permit parameters ensuring City Council approval or even derail valid testing efforts.

Such knowledge would be invaluable to a company regulated by the city.

To further complicate matters, Boerner has known, by his admission, since June that he would be leaving the city staff. And yet, he signed the Air Quality Study testing contracts for the city and allocated $600,000 for it as late as Aug. 20, but made no public disclosure or recusal throughout the summer. The study will examine the potential for toxic emissions from natural gas facilities, including those of Chesapeake Energy.

Julie, Julie, Julie, incest is never a good idea. It spans spawns some unnatural things that often come back to bite you in the butt.

No blogging before coffee 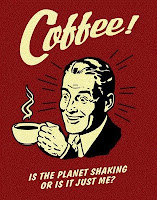