I’ve been super busy lately–too busy for my blog. But I’ve been dying for an opportunity to blog about and make sure you don’t miss the article that was in the Denton Record Chronicle last Sunday.

After Mayor Tillman had private testing that conflicted with the TCEQ’s permanent air monitor, the TCEQ did more testing in DISH and found some pretty nasty stuff.

Inspectors found formaldehyde in all of the places they sampled, both during the day and at night. Twelve samples were taken near natural gas production facilities. Six others were taken as “airshed” samples, to see how emissions were dispersing farther away from the equipment.

They found formaldehyde at 24 times normal levels! The TCEQ permanent monitors don’t monitor formaldehyde, other carbonyl compounds, sulfides (including the hydrogen sulfide we are not supposed to know exists) and many other nasty toxics. (You might remember that I’ve mentioned formaldehyde a few times lately. We have 2.5 times more formaldehyde in the Barnett Shale than the highest ever measured in the Houston Ship Channel.)

As the go to person for Barnett Shale citizens affected by natural gas extraction activities, I hear about a lot of nosebleeds that occur with odor events. Could the increase in Barnett Shale nose bleeds be caused by these high levels of formaldehyde?

The EPA is required to control 187 air toxics “that cause or may cause cancer or other serious health effects, such as reproductive effects or birth defects, or adverse environmental and ecological effects.” But the TCEQ air monitors only monitor 46 air toxics.

Oops! That’s a huge gap of 141 nasty cancer causing, life altering chemicals that can’t be picked up by the half-a quarter-million-dollar half-assed monitors.
So these monitors are pretty much worthless for monitoring toxic compounds from natural gas extraction.
Monitoring is not the answer anyway! The answer is control technology that prevents the emissions so the toxics aren’t in our air in the first place.

Here is a bit of gas trivia I received in an email tonight:

Fugitive emissions occur at every stage of natural gas production which means there is an awful lot of methane in the air around natural gas facilities. Look what happens when methane, sunlight and oxygen mix:

Formaldehyde is produced in the atmosphere due to the degradation of methane by sunlight. 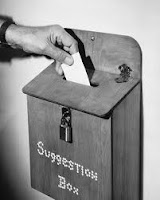 Hey Big Gas, here’s a little something for your suggestion box:

Fire those high priced PR agents and paid liars who spend all day long on my blog or searching for personal information about me and buy some of those vapor recovery units and the other control technology described in Drill-Right Texas: Best Oil and Gas Development Practices for Texas.