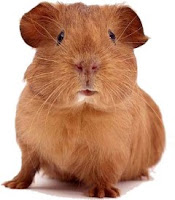 The question I get most often is: How far the setback should be? Like everything else, there are no studies upon which to base an informed opinion so it’s anybody’s best guess.

Maybe this will help a little bit with answering that question.

This article talks about some of the (large) pipeline accidents. It’s not a comprehensive list, but the articles says:

According to PHMSA records, there were 265 “significant incidents” in the U.S. pipeline system last year, resulting in 14 deaths, 63 injuries and more than $152 million in property damage. Incidents involving natural gas resulted in 10 deaths and 59 injuries — most commonly caused by equipment failure and corrosion.

Here’s what they say about setbacks:

Moreover, there are no federal laws or regulations to ensure that houses and commercial buildings are constructed a safe distance away from pipelines. This lack of a so-called “setback” regulation raises particular concerns when it comes to natural gas pipelines, which, if broken, can burst into flames causing huge fireballs.

“There aren’t any regulations at all about setbacks. You can build a house right next to a pipeline,” Weimer says. The only rule regarding setbacks is that a landowner cannot build on the right of way easement used to build the pipeline, Julia Piscitelli, a PHMSA spokesperson says. “Generally, pipeline burial locations are determined by local, county and state ordinances,” she said.

Many easements are only 50 feet wide. That’s not enough to ensure safety, Weimer says. For example, a 30-inch pipeline operating at 1,000 pounds per square inch of pressure — a common pipe — would have an “impact radius” of about 660 feet on each side of the pipeline, according to an Oct. 2000 report by the Gas Research Institute.

That deals with pipelines. What about gas wells?

Within one year, I have personally witnessed 2 gas wells that exploded.

Palo Pinto had a minor little gas well explosion a few years back:

The sound from the blast shook residents for miles around an area, and the flash was visible for 100 miles, Palo Pinto County sheriff’s dispatcher Linda Ezell told Associated Press Radio.

The blast formed a large crater and ignited secondary fires for a mile around, but just one worker at a nearby drilling rig was slightly injured, Sheriff Ira Mercer told Dallas-Fort Worth television station WFAA.

Who really knows what the setback should be? I don’t think 1000′ is nearly enough.

Oh! And when they threaten to sue you for the setback, know this: Tiny little DISH established some of the toughest drilling ordinances in the Barnett Shale including a 1000′ setback. After much blustering, industry was able to drill several wells following the ordinances to the letter with no variances.