The EPA hydraulic fracturing meeting was standing room only tonight. Here is my statement. I was speaker #3.

My Cliff Notes version of the meeting:

Texan citizens are PO’d and want regulation NOW rather than waiting for 2 years for EPA to complete their study. There were some amazing stories of water contamination and some people brought show and tell samples.

Industry supporters apologists said that there has never been any water fracking water contamination, we are full of fear and all we needed to accept drinking that cruddy stuff in the show and tell samples is “education.” 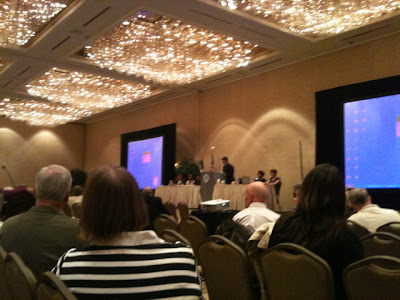 Some of the media coverage:

Many representatives for the industry and for mineral owners came from Louisiana, Oklahoma and Texas to underscore that hydraulic fracturing has been in use for more than 60 years and has safely stimulated more than 1 million wells around the country.

As one petroleum engineer made clear, horizontal hydraulic fracturing is VERY new. It’s only been used for about 15 years. He said that industry should make an effort to be more honest.