Williams Petroleum has pulled another fast one, this time in Argyle.

Breaking News! – SOMEBODY HAS BEEN LIED TO

One man profits, and entire neighborhood is destroyed. The background on how Wayne Holt, Argyle Councilman and other Council members sold out their neighbors is HERE>

It seems several on the Council and the Mayor are royalty owners in several wells in the area. (Is that some kind of new requirement for mayor and council members in Texas? I’m just asking because Calvin Tillman is the only mayor I know who isn’t profiting off this Barnett Shale drilling.)

Naturally, Argyle citizens wanted to know why one council member, Wayne Holt, couldn’t put the injection well and compressor station on his property since it will service his wells. 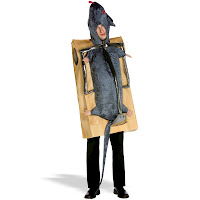 Ahm, they don’t have to try to trap you, Mr. Holt. YOU ARE TRAPPED! It’s a valid question.