The good mayor has inflicted some serious damage to the natural gas industry in the Marcellus Shale. That’s the only explanation for this libelous hit piece by Gene Powell.

It would be fun to take this childish dribble apart point by point but it’s late and I need to get some sleep so I’ll just address this one point for now:

The truth is that there are no tests showing benzene at dangerous short-term health levels in Dish to date.

We have recorded exceedances of several dangerous toxins on several separate occasions. The following is just one location where benzene was found on August 17 and 18, 2009.

The concentration of Benzene in the air exceeded the Short-term ESL by 1.45 times and the Long-term ESL by 55 times the standard.

Benzene exceedances were found at several other loations. See for yourself. 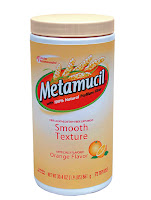 Gene Powell is a big, mean-spirited liar. And he’s full of it too. I think he needs a good dose of this:

Psssst Gene, don’t share any of this with Range.