We saw the emission throughout the entire Barnett Shale when we did the Methane Mapping.

“There are toxic air emissions being released by the majority of the facilities that we have looked at.”

We already knew that the emissions occur throughout the entire Barnett Shale region. This is NOT NEW NEWS. Air pollution caused by fugitive emissions was first reported in 2006 and an air quality study by University of California found hydrocarbons at levels expected for the entire country.

so high, in fact, that they established a total count for the region that was once thought to be the entire country’s annual emissions, six teragrams in all, he said.

Now the question becomes: What are you going to do about it?

Make sure every lawmaker you know at the local and state level has a copy: Drill-Right Texas: Best Oil and Gas Development Practices for Texas 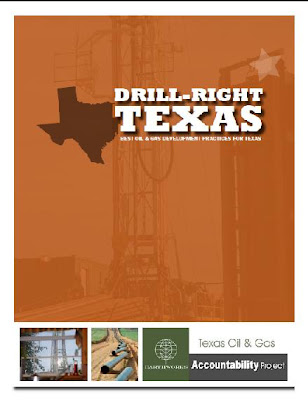 Get ready for the new legislative session: Become a Texas OGAP eAdvocate!