Prairie Fest has EVERYTHING to do with Barnett Shale drilling.

How to save a prairie, a neighborhood, a city, yourself
and show North Texans what can be.

“The initial, guiding principle behind the founding of Prairie Fest in 2005 was to bring together all environmental and social action groups in north Texas under one big tent for one day – a chance for all the people involved to get to know each other and work together to make north Texas more livable. The art, music, wildflowers and green vendors are simply a way to get people here – a little honey to attract them.”

“Drill Right” means that some areas simply can’t be drilled, such as unique areas of native prairie or our Great Plains.

The question is: How to help people care enough to save a special and unique area.

To paraphrase an official with the Nature Center,”You don’t play soccer in the Kimbell Art Museum and you don’t drill for gas in a nature preserve.”

Don Young learned early on that Big Gas was drooling over the Tandy Hills area because that bare land is easy prey for gas development. In order to save the prairie, he had to help people learn to love it.

PrairieNotes began in August of 2004 with a letter to the Star-Telegram. In his letter, Don reminded us about this unique and special area:

Back in 1999 the manager of Fort Worth Nature Center said of Tandy Hills Natural Area, “Tandy Hills is essentially a historical museum.” A member of the West Meadowbrook Neighborhood Association remarked, “We have a living textbook on this hill.” Biology professors from Texas Wesleyan University and Nolan High School bring their students to Tandy Hills to study one of the most biodiverse sites in the state. The Star-Telegram wrote this about the park in 1992, “Time has almost forgotten Tandy Hills.” Unfortunately, in 2004 gas drilling companies have found it. This richly diverse and yet highly sensitive prairie preserve must now be protected from those looking to squeeze another dollar out of the Barnett Shale.

He began sending out Prairie Notes as a way to keep us connected with the constantly changing landscape. He bated his hook with titillating nature photos that he cast into cyberspace again and again. One by one he reeled us in to this prairie paradise. 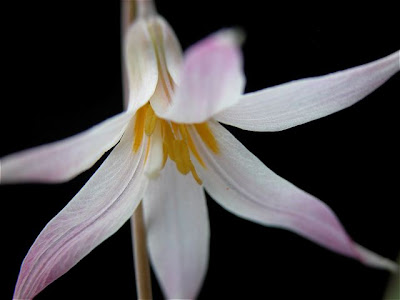 I would feel more optimistic about a bright future for man if he spent less time proving that he can outwit Nature and more time tasting her sweetness and respecting her seniority. ~Elwyn Brooks White, Essays of E.B. White, 1977

Don created Prairie Fest in 2005 as a push-back to Mayor Moncrief and the drillers before there was any kind of drilling ordinance. He invited other environmental groups to join the festival as a show of force and to gain important allies at a time when there were none.

Getting people out of their electronic cocoons and into the real world of nature reminds them, or should, how fast the drillers are taking nature away and that, even a place as unique as Tandy Hills would probably be gone if we had not pushed back. The kids area was created to teach them the value of prairie, forest, river and wildlife so they can protect their own neighborhoods.

Prairie Fest also sets an example of how we can get by without gas and do just fine with solar, wind, etc. The green exhibitors demonstrate that there is more to making a clean world that just fighting gas wells. Every activity we engage in has consequences that require thoughtful consideration. Prairie Fest wakes people up in a positive way and gives them the tools to learn better more conscientious ways of living.

Please join us at Prairie Fest this year. Save a prairie, save yourself. 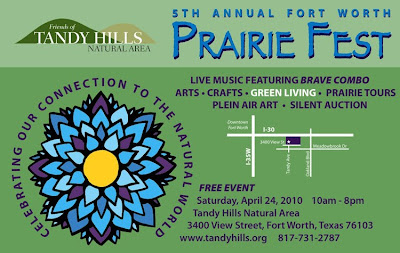 And did I mention that Prairie Fest is a blast! …great food, friends, fun, music and over 100 exhibitors surrounded by lush wildflowers and nature. 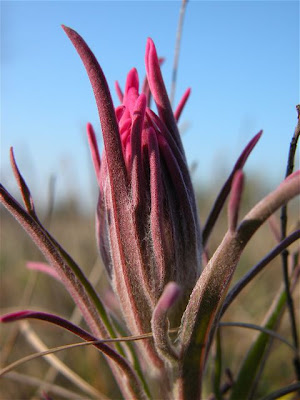