If the future of the industry is that good, why are the principals selling out? Can’t they finance themselves from operating cash flow?

A quote from an analysis of the shale gas economic shell game in which we are seduced into allowing our air, water and land to be befouled in exchange for money and the promise of cheap energy. 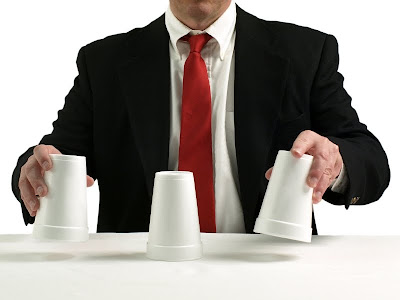 The sleight of hand over shale gas costs
By John Dizard
Published: March 21 2010

According to an analyst with Bernstein Research in New York, the break-even price for producing shale gas is $7.50 to $8.00. The author expanded on Bernstein’s research by contacting industry in an attempt to refute those numbers.

I couldn’t. My industry sources’ numbers all converged close to $8 per mcf. They do not believe the producers are covering their all-in costs.

It seems that industry forgets to include some of their “costs”–land, seismic survey, operating costs and other expenses–when they tally up their “costs.” That’s a good financial trick that my teenage son tries to use from time to time.

With gas prices so low, some in the industry can’t figure out why the drilling continues.

Here is one possible answer: the shale gas exploration and production companies leased a lot of acreage in the recent boom that needs to be proven as gas-laden within a short time to be kept on the books. They drilled with investors’ and lenders’ money to do that, and squeezed their suppliers to stretch out the budgets.

Now they’re selling the semi-proven acreage. The majors, which can’t seem to explore their way out of a grocery bag these days, at least in the onshore US, needed those elastic “reserves” to replace politically risky hydrocarbons in geologically better locations. They, and the remaining independent producers, will be bailed out by gas at $10 an mcf – double today’s level – or higher. Then the service industry will be able to raise prices to cover its full costs.

Don’t tell the political people. Not that they’d listen.

An earlier post about the shale economic shell game:

Deborah Rogers, owner of Deborah’s Farmstead, a dairy just west of Fort Worth, which she started on land that she and her husband bought from her Grandfather, turning it back into a working farm. Deborah has a herd of 85 dairy goats and makes artisanal cheeses, which have won several national awards and much acclaim. She currently serves on the Advisory Council for the Federal Reserve Bank of Dallas. She has become involved in a campaign to promote greater awareness of the environmental impact of a producing well near her farm

I just got in on the tail end and here are a few notes to summarize what I heard: