Methane plumes from fugitive emissions are widespread
throughout the Barnett Shale area.

The methane mapping equipment was developed by Picarro, Inc. and is considered the “Gold Standard” by the World Meteorological Organization. It measures concentration but does not quantify the measurements. The methane maps can accurately pinpoint the source then air samples can determine what emissions are contained in the plumes. Methane sources are abundant and extremely high throughout the entire Barnett Shale area. Methane can contain VOC’s with many toxic and cancer causing chemicals. Methane is the most powerful GHG.

Chris Rella, Ph.D. Director of R&D, Picarro, Inc. was in the van operating the equipment but it’s user friendly enough that anyone can operate it.

This slide is from Wilma Subra’s presentation. It’s an image from the methane mapping in DISH yesterday when it was extremely windy. Today in less wind we got much higher readings but I don’t have an image of that map yet. 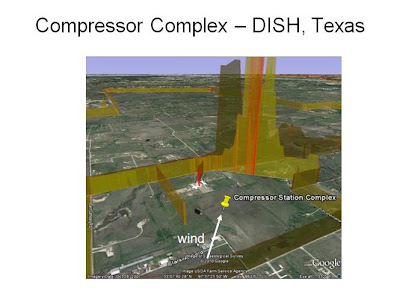 Getting a picture that’s in focus in the van is tricky but here’s a photo of the setup. 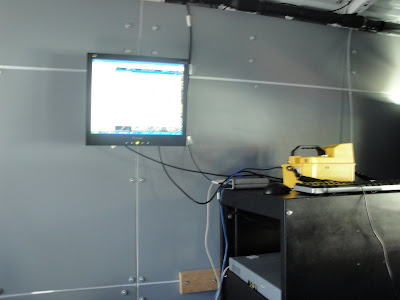 The following slide is from a presentation by Alisa Rich, Wolf Eagle Environmental. This plume is from Flower Mound in the area where a cancer cluster is currently under investigation. The plume exceeded 40ppm which is the cut off point of the equipment. 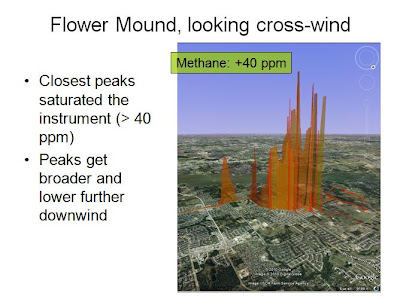 The plume came from this Williams facility. For 2 hours the team investigated the plume to isolate the source. During that time, the readings never went below 20ppm. 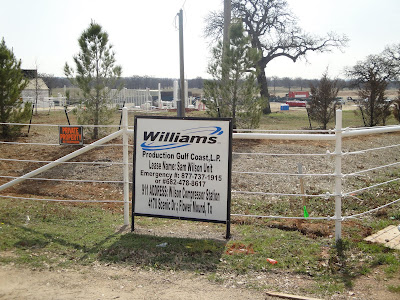 On the way to DISH for the meeting, we drove down Henderson. When we were even with the well at Greenwood Cemetery, the readings spiked up to 7.5ppm.

From the questions, the point was made that yesterday was very cold so the benzene concentrations in the methane would be much lower than on a warmer day.